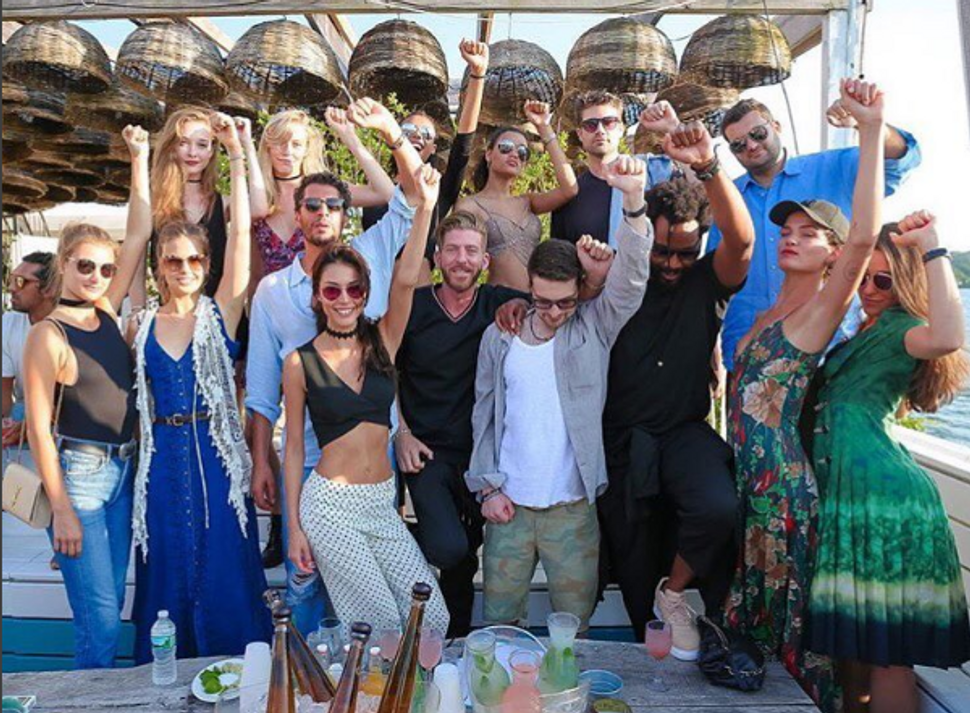 Summertime in the Hamptons is all fun and (model-filled) games for Alexander Soros, the son of billionaire philanthropist and Democratic donor, George Soros.

Page Six reports that the 30-year-old bachelor has been living it up and “shuttling models” to and from his $85 million Hamptons summer rental, Villa Maria. Instagram snapshots reveal a party-boy lifestyle surrounded by models like Rachel Fox, Allie Fosheim, Lameka Fox, Mayra Suarez and even New York Knicks star Joakim Noah. A quick browse through the #CampSoros hashtag reveals a celebratory atmosphere full of pool floats, bikinis and, at the center of it all, the bright beaming smile of the young Soros scion.

Soros, a champion of human rights by his own right, runs the The Alexander Soros Foundation, a non-profit campaigning for environmentalism and civil rights around the world. A graduate of New York University, Soros is working on his PhD thesis at the University of California, Berkeley entitled “Jewish Dionysus: Heine, Neitzsche and the Politics of Literature.” Just two years ago, an essay by Soros was published in the book “God, Faith and Identity from the Ashes: Reflections of Children and Grandchildren of Holocaust Survivors.”

#lategram #tbt What an incredible honor it was to host and meet with President @barackobama at my NYC home last week. He continues to truly bring out the best in the United States of America! ??#obama #throwbacktuesday #barackobama #potus

Had a great time singing the praises of #globalwitness with my father this evening, an organization that was a catalyst for my decision to launch the #ASFAward. #environmentdefenders #anticorruption #transparency

When in #denhaag! I had to take the opportunity to meet @adilizemrane, the brother of one of my best friends @imadizemrane, and hear about all the great work he is doing to help refugees with his orginization #movementontheground! It turns out we are actually working in the same refugee camp on the island of lesbos! #solidaritynow @bibliotheques_sans_frontieres