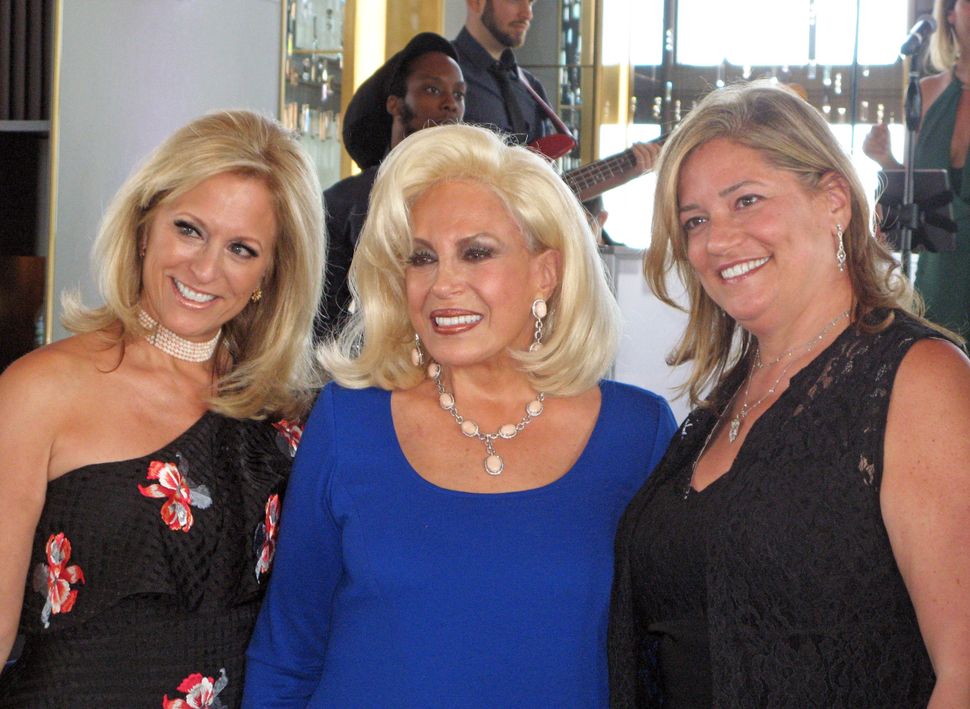 “I was a pioneer in the industry” event maven Harriette Rose Katz, president and founder of “The Chosen Few” told me during our chat following her society’s 2nd Anniversary induction event held at the The Rainbow Room. A stellar happening, it celebrated the presentation of awards to new members for “excellence and artistry, imagination and artistic skills” in an industry that makes events “memorable.”

As blonde Katz—glamorous in a floor length cobalt blue silk gown— with daughter Melissa Rosenbloom to her right and niece Claudia Warner to her left— made her entrance at this festive music enhanced celebration, she was greeted with a level of deference that made me think of a Queen Elizabeth II appearance. Everyone wanted to “touch” her, greet her. Melissa told the crowd: “What we are proudest of amongst all her great successes, is how Harriette has put family in family business first for all these years.”

With a spectacular view of Manhattan from the 65th floor of this Rockefeller Center iconic space, and food and drink stations situated about the Rainbow Room’s vast space, President & Founder of Gourmet Advisory Services, Katz declared; “We are celebrating ‘The Chosen Few’—an organization that is harnessing the creative talents across all areas of our industry.” Welcoming new inductees Harris Lane of Hank Lane Music & Productions and Brian Dorsey of Brian Dorsey Studios into the organization, Harriette presented each with a medallion and a plaque. A third inductee—Marcus Mordachini of Fusion Productions was unable to attend and a colleague accepted the honor on his behalf.

“I was a pioneer in the industry…but was originally in the interior design business” Harriette told me. “We started thirty-eight years ago as an advisory gourmet service…full planning, birthdays, corporate… Three years ago—I had 130 events— this was an unregulated industry…anyone could be doing anything. I decided to regulate the industry…took the best of the best in the industry and vetted the best…they needed credentials, good reputation, had to be reliable…dollar volume…. these are the people [whom] we have to know if we want them to become members of [what is] basically a prestigious club. We have twenty four industry members—caterers, florists, tent people, lighting, musicians…”

“Are you American born?” I asked.

“I am second generation American…. My grandparents were from Russia…White Russia…Minsk, Rumania, Austria, Poland. I am not sure of names of towns.”

“Since you are— in effect—in the “wedding -events” business, “I suggested that Harriette and her family check out the [back by popular demand] musical “The Golden Bride” Yiddish Theatre Follksbiene production.” “Right up your [events] alley,” I said, “It ends with a wedding.” “Can I take my grandchildren to see it?” I told her I had seen it several times with family members —including my grandchildren.