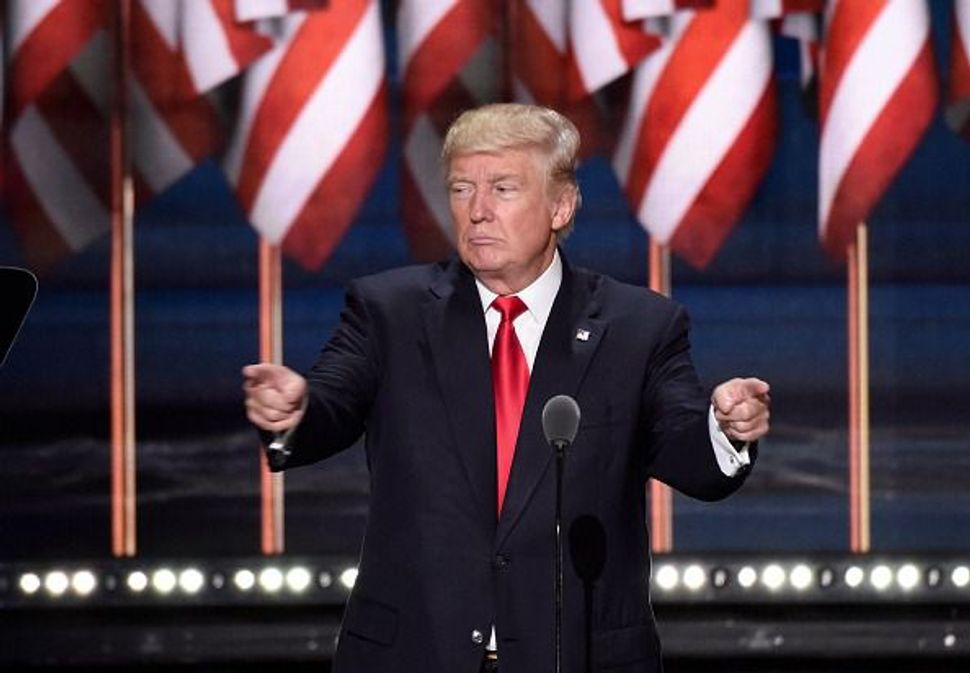 Mere days after Tony Schwartz, Donald Trump’s Jewish ghostwriter, broke his silence to The New Yorker about his experience writing “The Art of the Deal,” and his assessment of Trump’s character, Trump’s campaign served Schwartz with a cease-and-desist letter.

“The fact that Trump would take time out of convention week to worry about a critic is evidence to me not only of how thin-skinned he is, but also of how misplaced his priorities are,” Schwartz wrote to The New Yorker in an email for a follow-up article.

Jason D. Greenblatt, the general counsel and vice president of the Trump organization, attacks Schwartz for multiple offenses, including using the “Book” to “further your own career,” of rewriting history, and influencing “the public with your defamatory comments.” Greenblatt writes that Trump is the only one responsible for the book’s success and demands Schwartz return the royalties he made since the book’s debut and to retract his critical statements.

Schwartz’s lawyer responded with an equally terse letter stating Schwartz has no intention of returning the royalties or taking back his criticisms.

Both letters are published in The New Yorker follow up article.