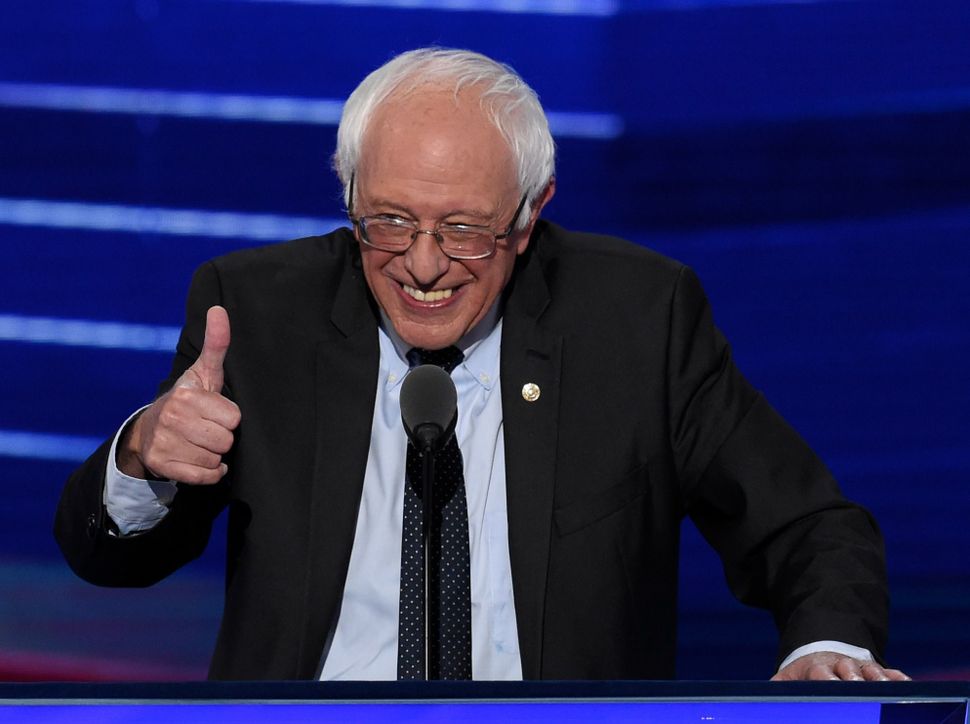 Bernie Sanders doesn’t try to be your cute Jewish grandpa, he just is.

Last night, as Sanders waited for his big speech at the Democratic National Convention in Philadelphia, the cameras caught the former presidential candidate in the audience dropping his speech.

That moment was adorable, but it was only a matter of time before the the Internet (being the Internet) made the Larry David comparisons and added the “Curb Your Enthusiasm” theme over the video. That’s when it became hilarious. As of this morning there are dozens of these videos on Twitter.