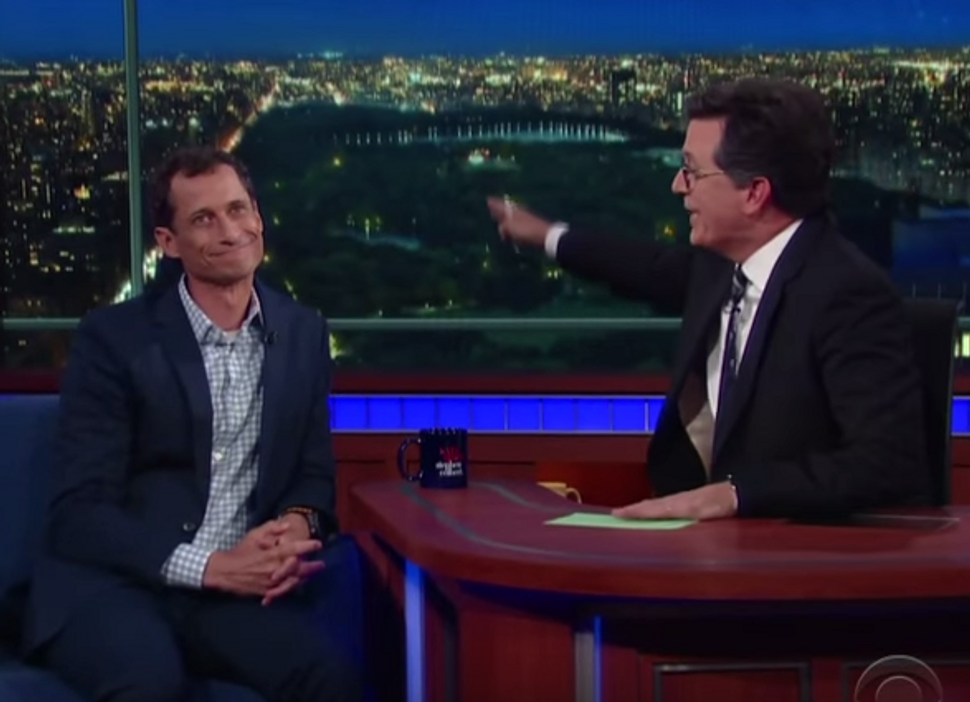 Is Anthony Weiner back?

Some politics junkies might argue that the former Democratic Congressman from Queens never actually went away, and judging by how active his Twitter feed is, that might actually be true.

Weiner was a guest on Monday night’s “Late Show with Stephen Colbert” where he made more than a few self deprecating jokes about his 2011 (and 2013) Twitter sex scandal. Looking out at the audience, he asked “Where’s the forced-out-of-office-by-scandal” delegation, saying to Colbert, “I thought I’d pierce the whole thing.”

He should have known better than to present that gift-wrapped joke to Colbert, who jumped right on it with “Good. What did you pierce it with?”

That early awkwardness aside, Weiner — who is married to long-time Clinton adviser Huma Abedin — chastised Bernie Sanders fans for their “Bernie-or-Bust” campaign saying a Sanders supporter not voting for Clinton is “effectively a vote for a xenophobic, narcissistic, racist anti-Semite,” referring to Republican nominee Donald Trump. He also admitted to crying when Clinton lost her run for the White House to Barack Obama in 2008.

Weiner, who has made regular appearances on “Real Time with Bill Maher” will also appear on the July 27 episode following the convention. Describing himself as a “fighter for the middle class” in his bio, Weiner has also maintained an active presence on social media, where he made a statement on Twitter by placing the anti-Semitic “echo” around his username. 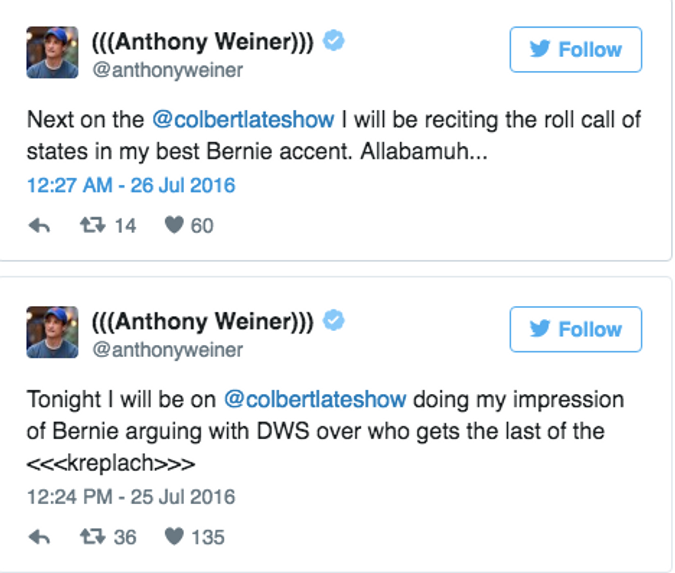 And then, of course, there is the matter of his pinned tweet, addressing his sex scandal.