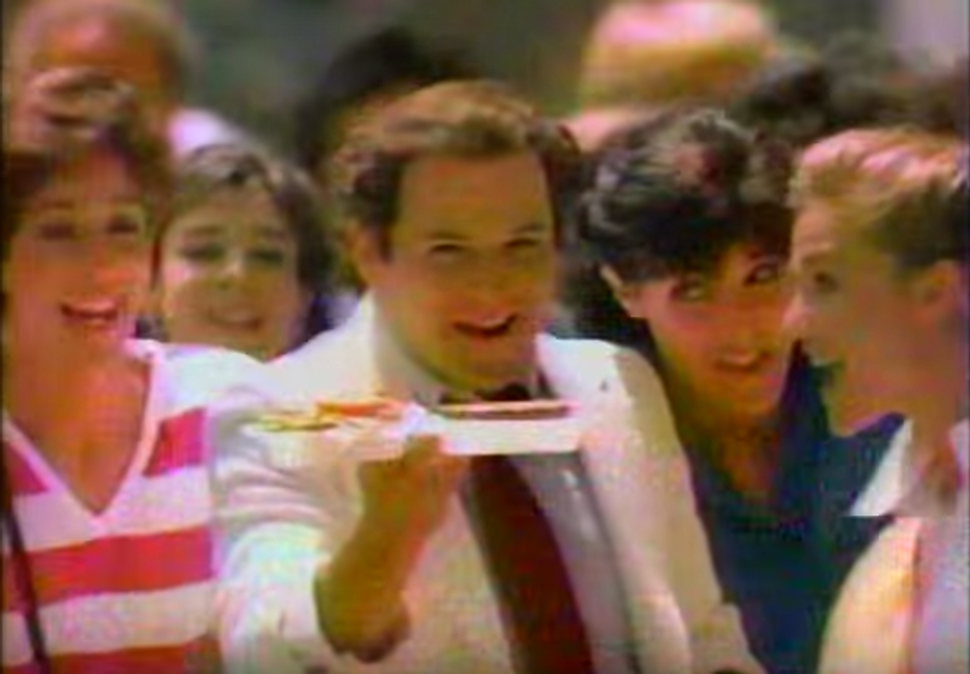 Remember that time George Costanza was an 80s commercial star?

Well, maybe not exactly. But we found proof that before Jerry Seinfeld and Larry David, Jason Alexander was a famous commercial personality.

We found a McDonald’s commercial from 1985 — featuring peak 80s fashion and music — in which Alexander dances, sings and snaps fingers while wearing a white blazer(!!!) with the sleeves scrunched up (!!!). It almost feels like an embarrassing video Frank Costanza would play during Festivus.

That had us thinking, what other commercials did Alexander shoot? Sit back and enjoy because found plenty!

There’s his Hershey’s Kisses ad from 1981 in which the then 21-year-old Alexander played a teenager.

And this Delta Gold Chips spot from 1986 that made us want to have a chip as well.

And what about this hilarious Miller Lite commercial from 1987 with Yogi Berra? Alexander has no lines but his facial reactions are priceless and indistinguishable from Costanza. This was also only two years before he began shooting a little show about nothing called “Seinfeld.”

Who know Pabst Blue Ribbon had a theme song? Alexander plays the doofus who finally gets the girl at the end of this 1984 commercial.

Holy denim! Here’s Alexander playing the cool and sexy guy in his 501 Levi’s jeans commercial from 1984.

Can we take a moment to chuckle at this commercial for the teeeeeeny tiny screen in this Sony Watchman TV.

This 1986 Western Union commercial is nothing special, except for the close up on that computer!

It’s a good thing Larry David found his George Costanza because we can’t imagine anyone else but Alexander playing this deranged, selfish character.