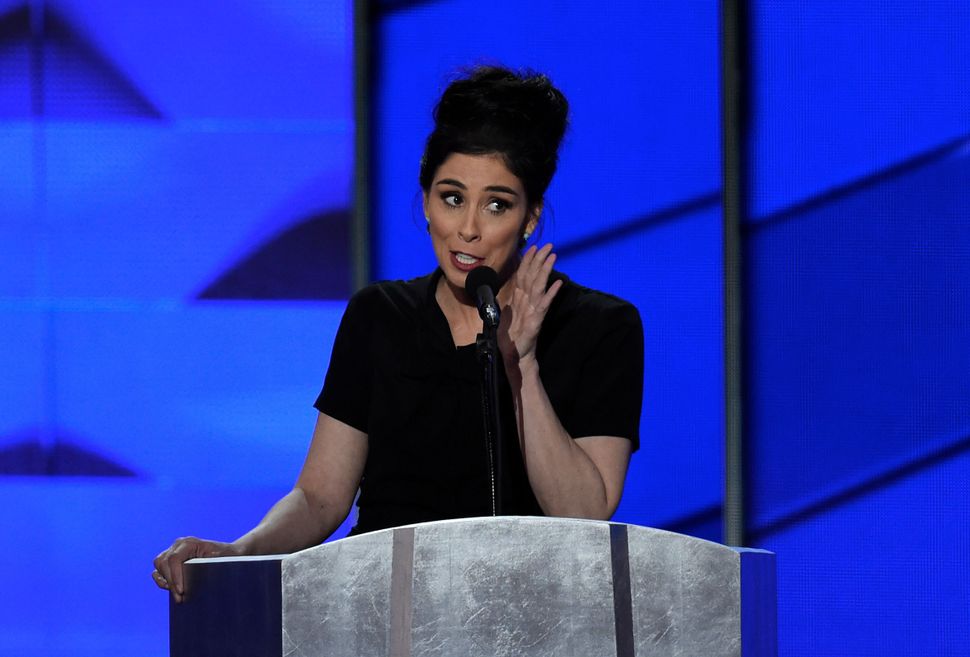 Sarah Silverman’s Twitter account was hacked by the international hacktivist group, Anonymous, after the comedian called the “Bernie-or-Bust” supporters “ridiculous” at the Democratic National Convention on Monday.

Less than 48 hours after Silverman had the blogosphere buzzing when she criticized Bernie Sanders supporters who refuse to vote for Hillary Clinton, a mysterious — now deleted — tweet was sent out from her account featuring an anti-Clinton video with the question: “America, are you awakening? #Hilary4Prison #Anonymous.” The tweet also repeated the question in Russian. 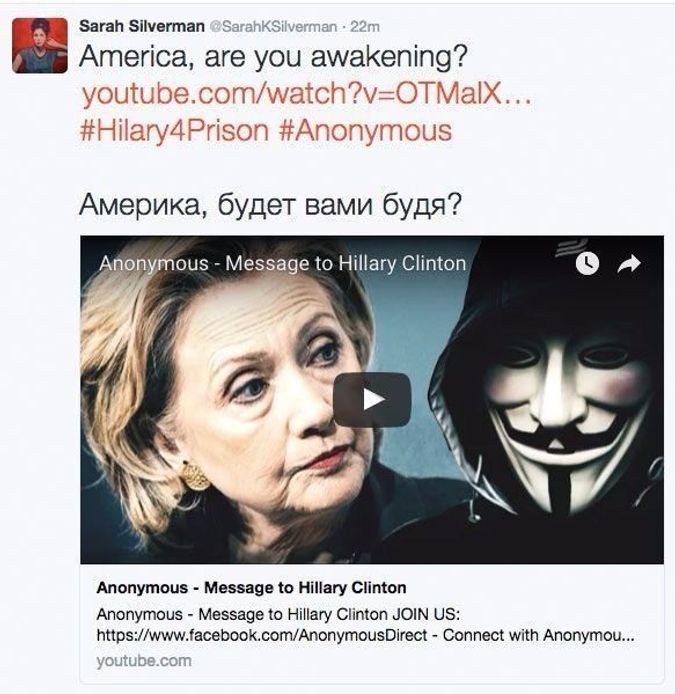 Silverman confirmed the hack after she regained control of her account.

An outspoken Sanders supporter, Silverman’s endorsement of Clinton at the DNC drew some boos and jeers from zealous Sanders fans in the crowd. “I will vote for Hillary with gusto,” Silverman said in her speech, adding, “As I continue to be inspired and moved to action by the ideals set forth by Bernie, who will never stop fighting for us. I am proud to be a part of Bernie’s movement and a vital part of that movement, and a vital part of that movement is making sure Hillary Clinton is the next president of the United States.”

My hero forever & always. Lets make sure he has an ally in office pic.twitter.com/BmIrj1BsSA

Watch her speech below: