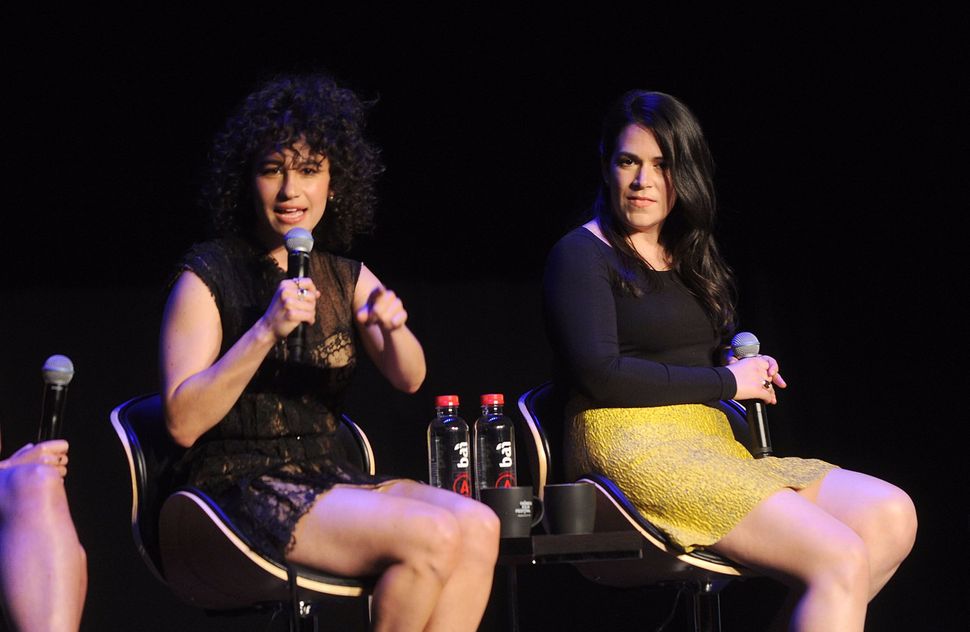 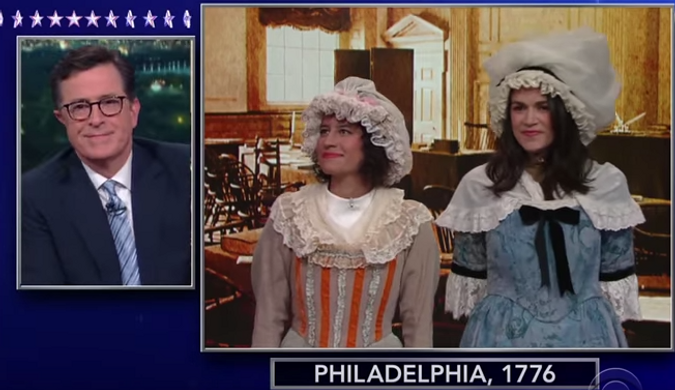 Last night, Hillary Clinton became the first woman to accept the nomination of a major party for President, and Stephen Colbert thought there were two people who’d be especially grateful to hear it: Josephine Henley and Abitha Whitmore, female delegates to the Second Continental Congress. And who better to play them than Ilana Glazer and Abbi Jacobson, the stars of “Broad City” and proud Hillary campaigners?

Speaking with Colbert “live via satellite from July 4th, 1776,” the two were initially ecstatic when Colbert told them there was a female nominee for president. That glee ended quickly, as they realized the historic moment he spoke of happened in 2016, not 1816, and that it was just the nomination of a woman, not the election of one.

“Get the butter out of the barn,” Glazer responded, throwing her hands up in disgust. “What the butter is wrong with you people?” Jacobson added.

In true “Broad City” fashion, however, the duo didn’t let their anger get in the way of a good party; when Colbert suggested they change the Declaration of Independence to read “all people are created equal,” not “all men are created equal,” they said they’d get to it the next morning. After all, it was the 4th of July, and there was some serious work to be done.