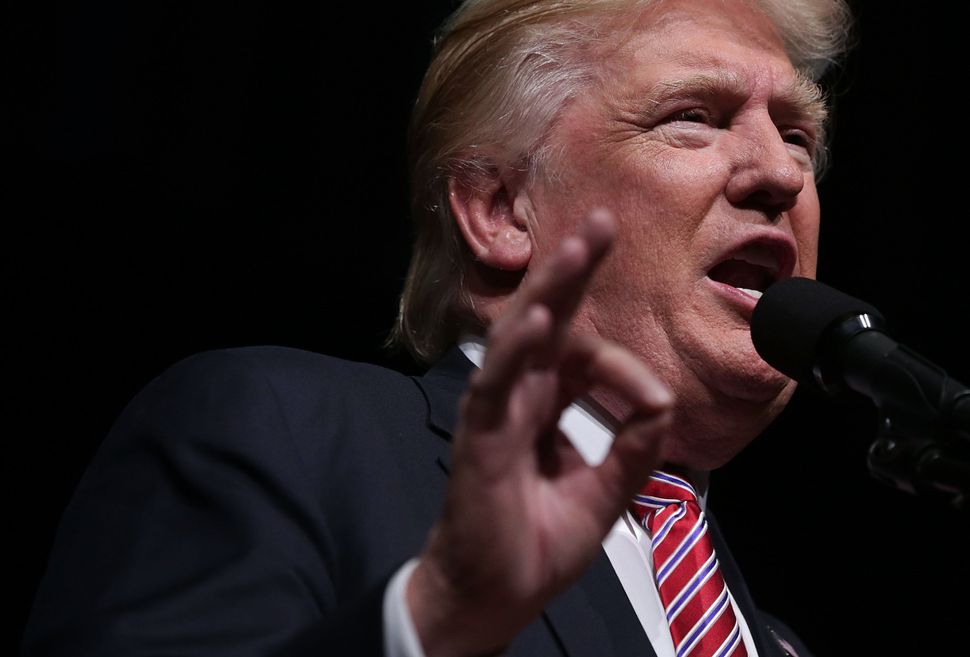 While his haters may think he is totally fercockt (all screwed up), Donald Trump can dish it right back. The Donald seems to have no shortage of incendiary tweets ready to hurl at anyone and everyone who disagrees with him.

But he does sometimes seem to have a shortage of hateful words at his disposal. While his Twitter insults can hit right in the kishka (guts), I believe some of his derisions could benefit from the added color that only Yiddish can provide.

Below are a few of his recent tweets, and my Yiddish word swap recommendations.

Our incompetent Secretary of State, Hillary Clinton, was the one who started talks to give 400 million dollars, in cash, to Iran. Scandal!

Instead of incompetent, try goylem.

A goylem, or golem in Hebrew, is an animated clay creature made out of mud. It connotes something ill-formed or raw. It has the added advantage of being associated with a certain unsightly movie character. 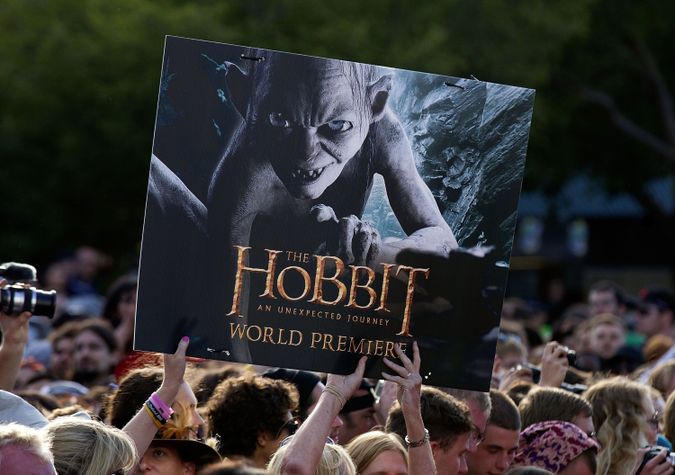 The Washington Post calls out #CrookedHillary for what she REALLY is. A PATHOLOGICAL LIAR! Watch that nose grow! pic.twitter.com/FsrUGByuuD

Instead of PATHOLOGICAL LIAR, try gonif.

Even when it’s not in all caps, this word packs a punch. A gonif, which roughly translates into a bamboozler, is a person who is notoriously untrustworthy. This would also a good substitute for #CrookedHillary.

President Obama will go down as perhaps the worst president in the history of the United States!

Instead of president, try shlemiel.

President sounds generic — sad! Shlemiel is a better word for an unfortunate and stupid guy. This is also a good substitute for calling someone “the worst!”

Wow, it is unbelievable how distorted, one-sided and biased the media is against us. The failing @nytimes is a joke. @CNN is laughable!

Instead of failing, try moyshe kapoyer.

Like the lamestream media in Trump’s mind, a moyshe kapoyer has it all wrong. This is best used to insult someone who is constantly mixed up and doing things incorrectly.

The people who support Hillary sit behind CNN anchor chairs, or headline fundraisers – those disconnected from real life.

Instead of the “weak” word people, try the mouthful khokhem fun der hagode.

This final phrase would certainly take Trump’s Twitter game to a new level. The khokhem fun der hagode is the “wise son in the Passover story,” and is used ironically to refer to those who think they know everything.