How Gloria DeHaven Helped Me Tell My Father’s Story 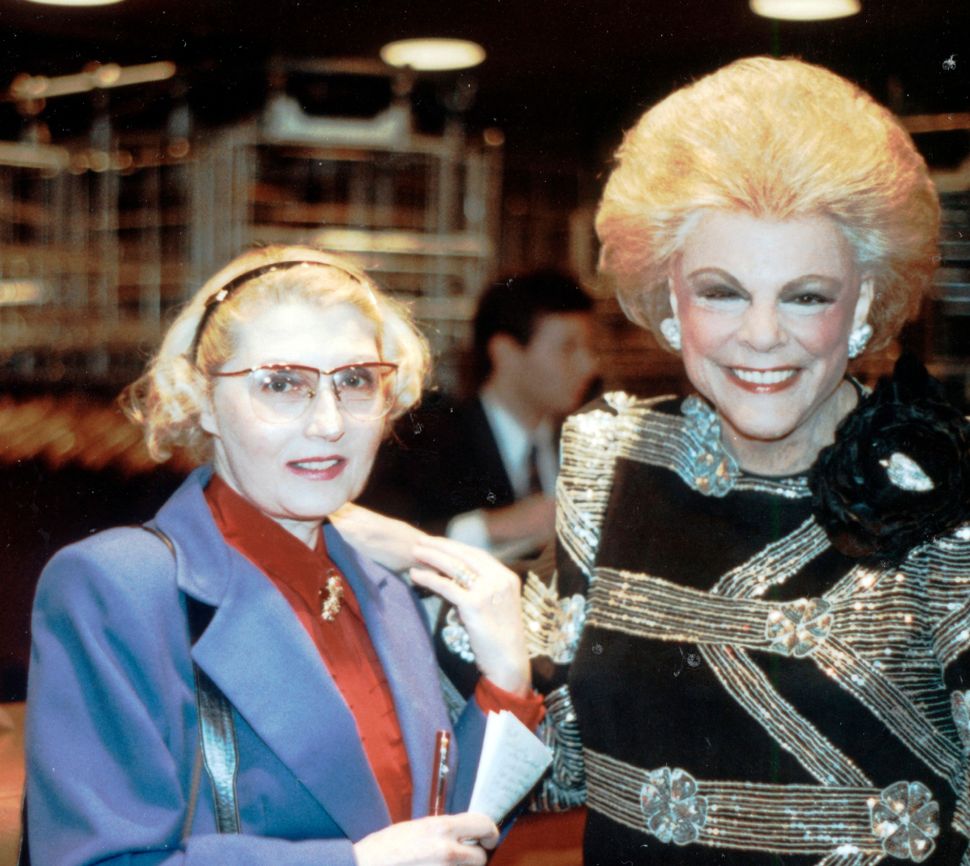 News of movie star Gloria DeHaven’s death on July 31 at 91 brought back a wrenching memory. In 1966 we were both featured on Virginia Graham’s daytime TV talk show “Girl Talk” in a segment titled “Women of Courage.” When the episode aired, it would be the last time my father, journalist-writer Matvey Bernstein, would hear my voice.

At a private dinner that year I mentioned that I was a Graham fan. One of the guests — a member of her staff — offered me a ticket to one of her tapings at which a then little known zaftig Joan Rivers warmed up the audience. When I thanked him, he suggested: ”Your life story is perfect for our upcoming segment ‘Women of Courage.’” I declined. He said, “Gloria DeHaven will be the other guest.” I said, “Yes!”

I became a Gloria DeHaven fan in 1943 when as a pre-teen in Montreal. I saw her in “Thousands Cheer” and “Best Foot Forward,” films I had to sneak into wearing makeup and high heels since then Quebec law forbade under 16-year olds in movie theaters. With my mother at my side, the ticket agents winked and let me in.

Arriving at the 1966 “Girl Talk” show set, De Haven looked svelte in a grass green dress. “Can you give me a hand?” she asked struggling to hook an aqua-colored necklace. In a low voice, DeHaven — with Graham’s occasional prompts, captivated the audience with an overview of her life and travails, marriages and heartbreaks.

“Tell us about your survival story,” Graham directed me. I nodded to DeHaven, then — skimming over my mother’s and my survival saga — her courage in getting me out of Nazi occupied Warsaw and more — I opted to focus on my father’s life story hoping he would get a chance to see/hear it as he lay dying in Beth Israel Hospital. Without mentioning his futile battle with incurable cancer, I focused on his life as a journalist-writer in pre-war Poland, Argentina and finally New York: his arrest by the NKVD in Vilno, his survival of Stalin’s Gulag and — after 19 years’ separation — our first face-to-face re union in New York. As we left the stage, DeHaven came over and gave me a hug.

Scheduled to air in April 1966 it unexpectedly coincided with my being in Chicago for the NACS College Bookstore Convention. There was an urgent phone call from my mother: “Come back to New York! He’s dying!” I arrived at Beth Israel too late for parting words. My mother consoled me that just before my father lost consciousness, a TV set had been wheeled in near his bed so that on April 21 he could hear me on Virginia’s show. He had no idea who Gloria DeHaven was. She assured me that — with her translating in Yiddish — he did hear me speak about him.

Opening night in 1991 at “Catskills on Broadway” I found myself seated next to Virginia Graham. “I will forever be grateful to you!” I gushed, recapping the DeHaven episode. “You gave me an opportunity to say publicly how proud I was of the debt I owed my parents, especially to my father before he died.” With her inimitable edgy style Graham said “Darling, that’s wonderful about Gloria and your Dad.” Looking me up and down she said “But why are you still wearing those dreadful glasses? You should get rid of them and get contacts.”

How Gloria DeHaven Helped Me Tell My Father’s Story