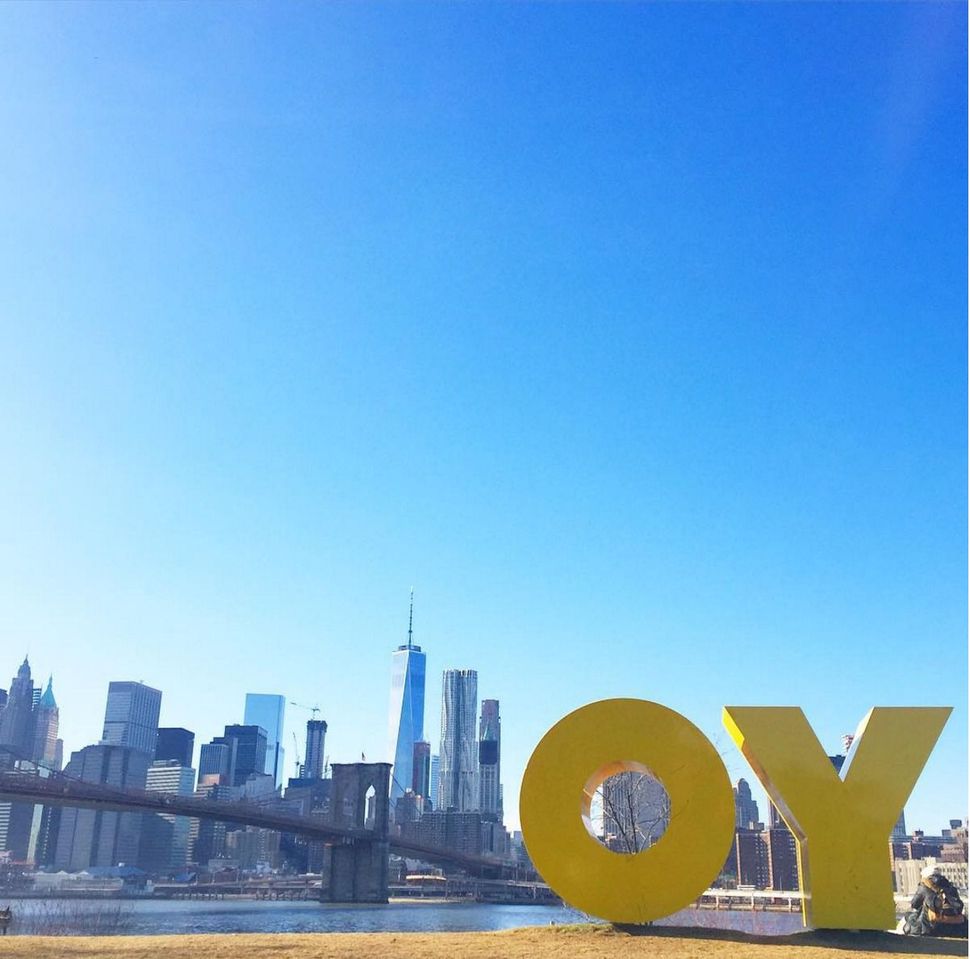 Deborah Kass made headlines in November when her sculpture “OY/YO” was installed in Brooklyn Bridge Park. The much-Instagrammed, bright yellow aluminum sculpture of the letters “O” and “Y,” close to 8 feet tall, reads “OY” to viewers from Brooklyn and “YO” to those from Manhattan. 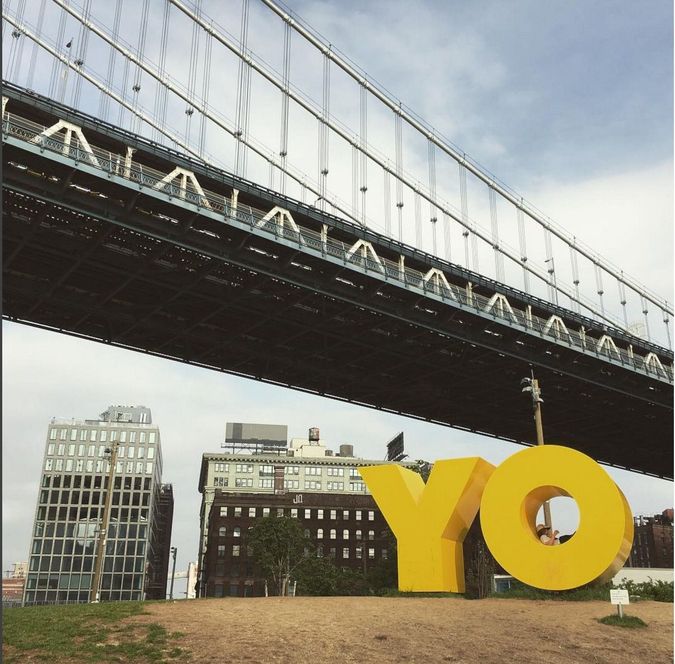 Earlier today, Lena Dunham’s Lenny published parts of an extensive interview with Kass by Jacoba Urist. Here are the most interesting things we learned from it.

Her closest female friendships are outside the art world

While Kass told Urist that when she first moved to New York it was a “very female-heavy time” in the art world, and she felt close to the other women she met in that space, the art world has since shifted in its dynamics.

“My deep and very long-term female friendships aren’t necessarily art-world ones,” she said. “The politics of the industry, of any industry really, affect friendships.”

She sees a big relationship between Barbra Streisand and Beyoncé

One of Kass’ most impactful projects was “Jewish Jackie,” in which she famously depicted Barbra Streisand in a visual quote of Andy Warhol’s portraits of Jackie Kennedy. To Kass, Barbra is one of a few major female symbols of the last few decades.

“First there was Barbra. Then there was Madonna. Now there is Beyoncé,” she said. “There are other talents, of course, but not with the symbolic value of these women. And what do they have in common? They control their narrative; they’re in charge.”

While Kass acknowledged that, in the art world, there is “a little more room now for people who aren’t white,” she thinks the changes in the size of the art market have made the industry more exclusive.

“Art today is a real billion-, gazillion-dollar business,” she said. “It’s a nonregulated market that’s manipulated by white guys,” she added. “So it represents them, even more than it used to.”