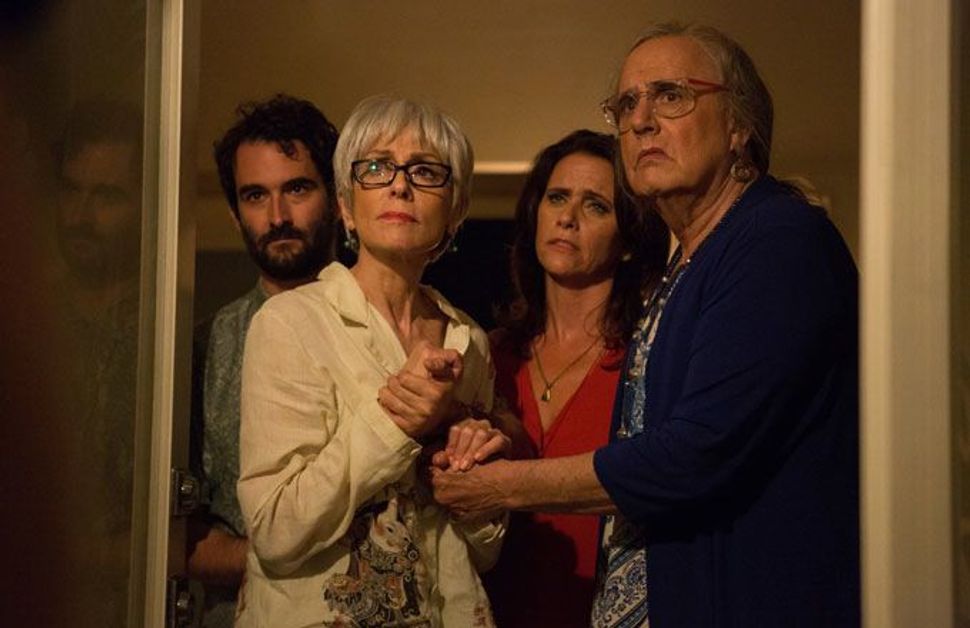 Amazon just released a trailer for the hotly anticipated third season of “Transparent,” and fans can rest assured that there’s still plenty of complex family dysfunction to go around. The dramedy, which nabbed ten Emmy nods for its second season, will return on September 23rd complete with some serious life changes for the Pfefferman’s.

Here are a just a few of the juicy tidbits we picked up from the trailer.

1) Maura may be going under the knife

Last season, Maura contemplated gender reassignment surgery. This time around we see her meeting with a plastic surgeon, discussing removal of skin under her chin and liposuction around her neck. “I’d like to donate my excess skin to research.” she says, much to the doctor’s bemusement.

2) Anjelica Huston is back

Maura’s love interest is definitely still in the picture. The two shared a beautifully stumbling night together at the end of the last season and it looks like the romance has continued, with Huston popping up in several family scenes.

3)Len and Sarah are playing footsie

Maybe there’s hope for this pair of exes? They’re definitely not the most promising couple, but pretty much anything is better than Tammie.

4) Josh is reconnecting with his son

Never fear, though, Rabbi Raquel Fein is definitely still in the picture in some capacity or another. She shows up in the trailer and no longer looks like she wants to kill Josh.

5) Shelly has joined the world of social media