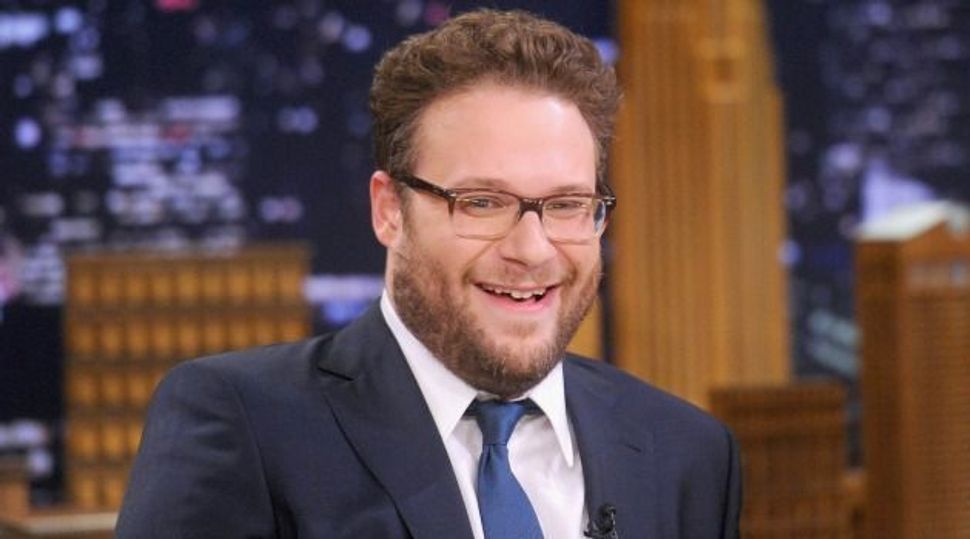 Poor, poor teenage Seth Rogen. The actor revealed on “Late Night with Jimmy Fallon” that as a young comic he once had to be Jerry Seinfeld’s follow up act.

The then 14-year-old Rogen had flown out to Los Angeles to audition for Montreal’s “Just For Laughs” Festival, and was told right before his set that Seinfeld would be arriving shortly.

“They were like, he’s coming and if he gets here before your time, he’s going to go up and then you’ll go up.” Rogen said, laughing. “I was like, ‘No man. Tell him no.’”

The actor recalled Seinfeld pulling up in a porsche (“His Jewish parents should be ashamed.” Rogen quipped) and proceeded to kill his set.

“He talks about missing socks, what’s the deal with airplane food, it’s the hits.” Rogen said. “The whole time I’m just standing there like, ‘I hate you Jerry Seinfeld.’”

What followed was what Rogen deemed the most comedically traumatizing experience of his entire life.

“Never has a roomful of people been so silent.” he recalled. “To this day, I personally dislike Jerry Seinfeld.”