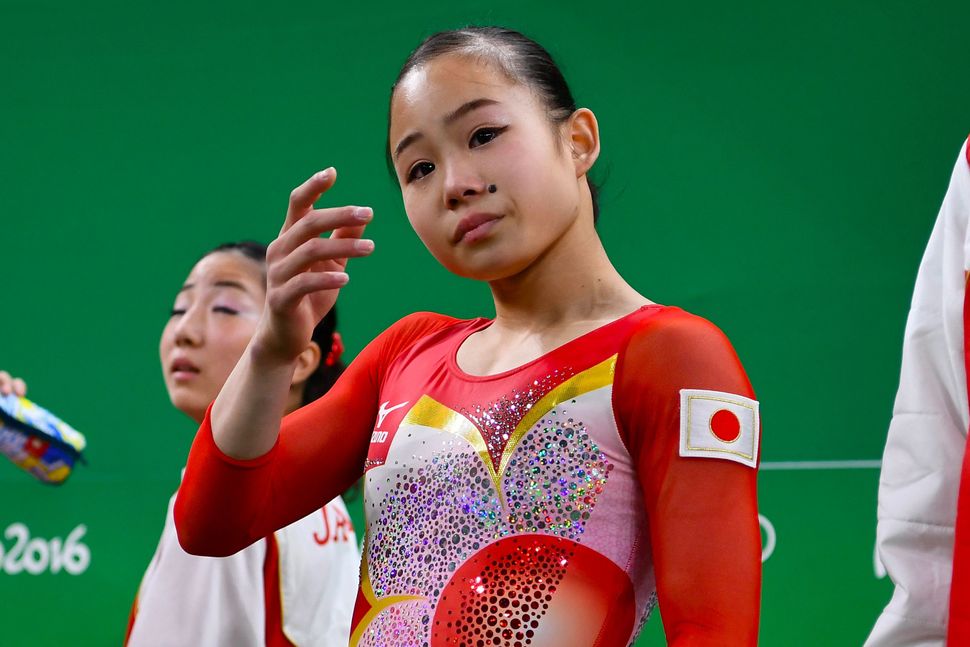 American Olympic gymnasts Aly Raisman and Gabby Douglas aren’t the only ones in Rio with a Jewish connection.

On Tuesday, 16-year-old Sae Miyakawa of Japan performed her floor routine to a klezmer arrangement of the song “Kol HaOlam Kulo,” which was written by founder of the Hasidic Breslov movement Rabbi Nachman of Breslov.

Though the song’s Hebrew text has an upbeat message (“The whole world is a very narrow bridge, and the main thing is to not be afraid.”) it wasn’t enough to earn Japan a medal. The Japanese team finished fourth, after the United States, Russia and China.