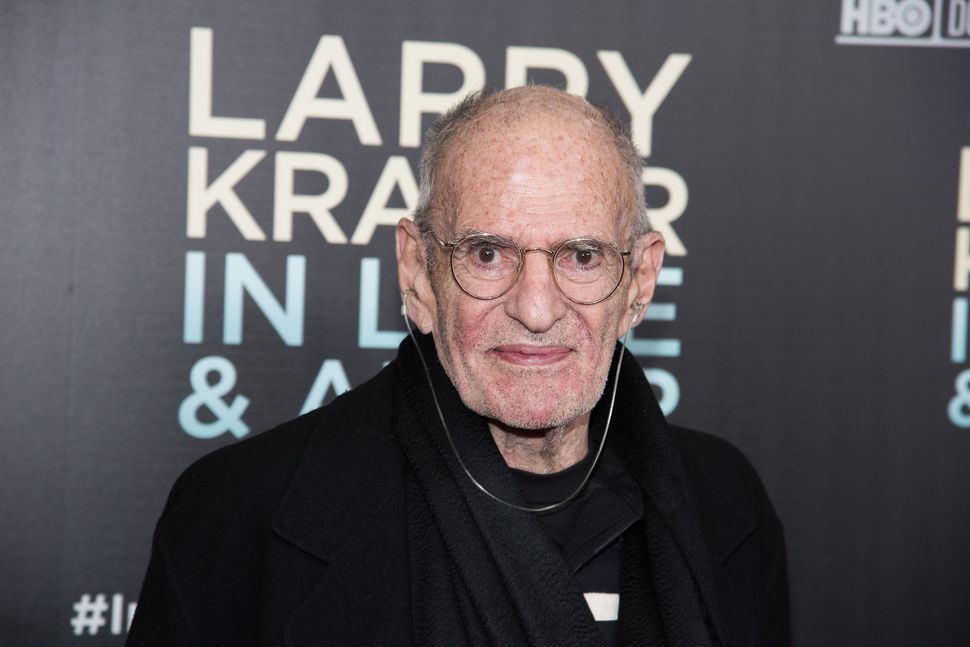 Writer Larry Kramer isn’t in favor of staying on the sidelines when he sees a crisis unfolding in the LGBTQ community. He’s known for his 1985 play “The Normal Heart,” which explored responses within the gay community to the HIV-AIDS crisis, and he co-founded the Gay Men’s Health Crisis (GMHC), the world’s largest private organization providing advocacy for those affected by AIDS.

Kramer took to Facebook on August 9th with an open letter to his acquaintance Steven Roth, a real estate investor and member of Trump’s so-called Billionaire Brain Trust.

“Dear Steve,” the letter began, “I thought we had become friends when your lovely wife Daryl had the courage to produce my AIDS play The Normal Heart on Broadway in 2010.” Kramer proceeded to share a rich, warm history of his friendship with Roth, from that first meeting to the wedding of Roth’s son Jordan to his husband, which Kramer attended. And then the hammer falls.

“I was incredibly shocked and disappointed when it was announced that you had become one of Donald Trump’s billionaire brain trust,” Kramer wrote, pointing out that the Republican Party’s 2016 platform is its most homophobic in years, and that Trump has alarmingly refused to dedicate attention to LGBTQ issues. With a gay son, Kramer wrote, Roth should recognize the GOP’s candidates “spout nothing but hate for your extended family.”

Kramer also pointed out that Roth, who is married to theater producer Darryl Atkins and has a grandson of mixed racial heritage, should be concerned by the racial issues and accusations of sexism and misogyny surrounding Trump.

“I challenge you to leave his orbit. The very health and existence of your extended family is in peril,” Kramer concluded, before signing off. “I hope and pray that you will do this. And that we can hug again once more.”