WATCH: Joseph Gordon-Levitt Drums on the Subway — and Nobody Noticed 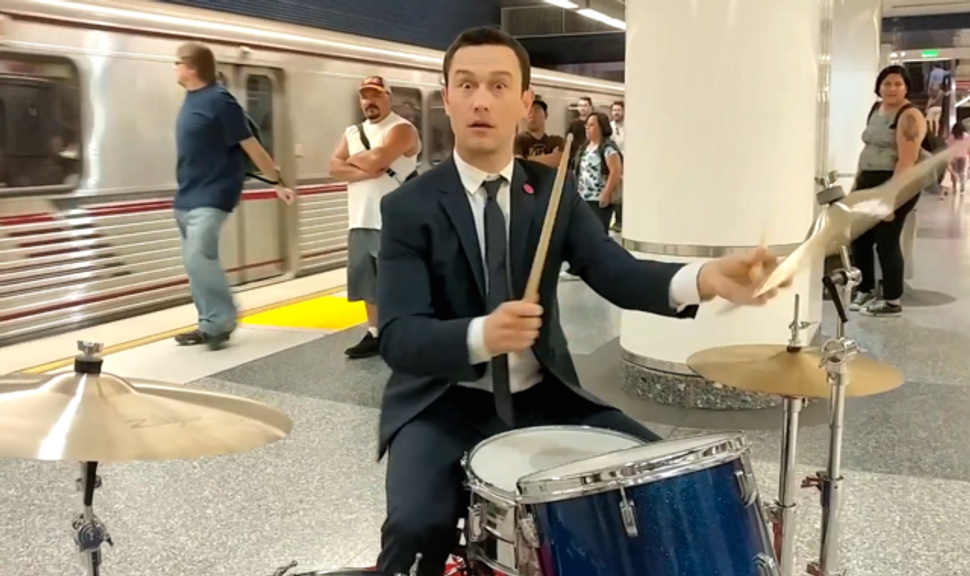 A video posted this weekend shows the 35-year-old giving a spirited drum performance in the middle of a Los Angeles subway platform, complete with hand banging and a burst of shouting. He was dressed in a suit (old crush feelings from “10 Things I Hate About You” may have resurfaced momentarily) and aside from a few turned heads, most people walked right by the Golden Globe nominated actor.

Levitt was out to promote his production company Hitrecord’s latest project “Everyday, Spectacular,” which encourages artists to submit videos of themselves performing as part of a larger, collaborative art project.

For anyone who passed by Levitt accidentally, our deepest condolences. And to that one guy who yelled out, “Yo, you look like Pee Wee Herman a little bit”? Fair enough.

Watch the full drumming spectacle below:

WATCH: Joseph Gordon-Levitt Drums on the Subway — and Nobody Noticed