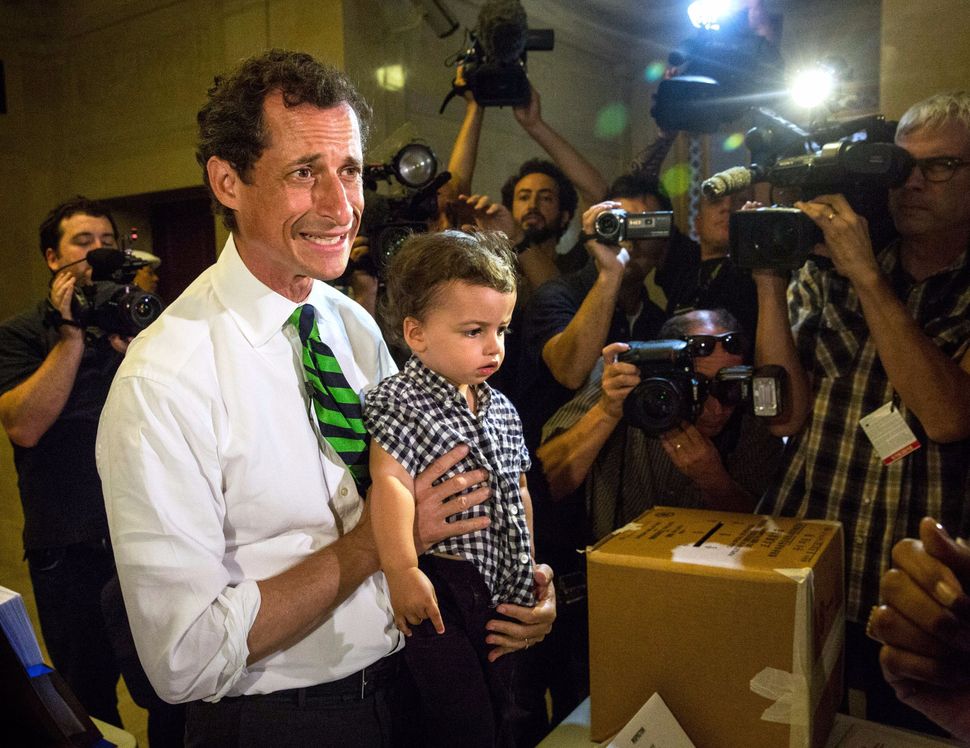 Anthony Weiner has declared to The New York Times Magazine that he has “weirdly become a little bit of an elder statesman.”

The formerly charming and inspiring former U.S. representative for New York’s ninth congressional district was interviewed by Mark Leibovich on his role as a kind-of consultant, his non-future as a political pundit and why you wouldn’t want him as a campaign manager. (Which we thought was kind of obvious?)

“No one would want me,” Weiner said. “Would you really want the distraction of having me as your campaign manager?”

In tweeting out a link to the article, Weiner wrote, “If only I was a wee smidgen better at taking advice. Sigh.”

If only I was a wee smidgen better at taking advice. Sigh. https://t.co/3HYJGTWIQj

He touched base on the recent documentary about him, “Weiner”, (not to be confused with “Weiner Dog”) sharing the different responses it has generated among those who would approach him on the streets of New York.

Weiner also opened up to Leibovich about his deepest self, as he does memorably in the movie.

“To some degree, the same thing that made me successful and that allowed me to survive stuff is that my emotional wiring isn’t fully connected,” he said. “I have a very thick skin. Without going down a rabbit hole here, you could argue that some of my emotional wiring wasn’t working terribly well. That is how I can survive having 40 cameras outside my house.”

If only the wiring between Weiner’s Blackberry camera and the Internet hadn’t been fully connected, either.