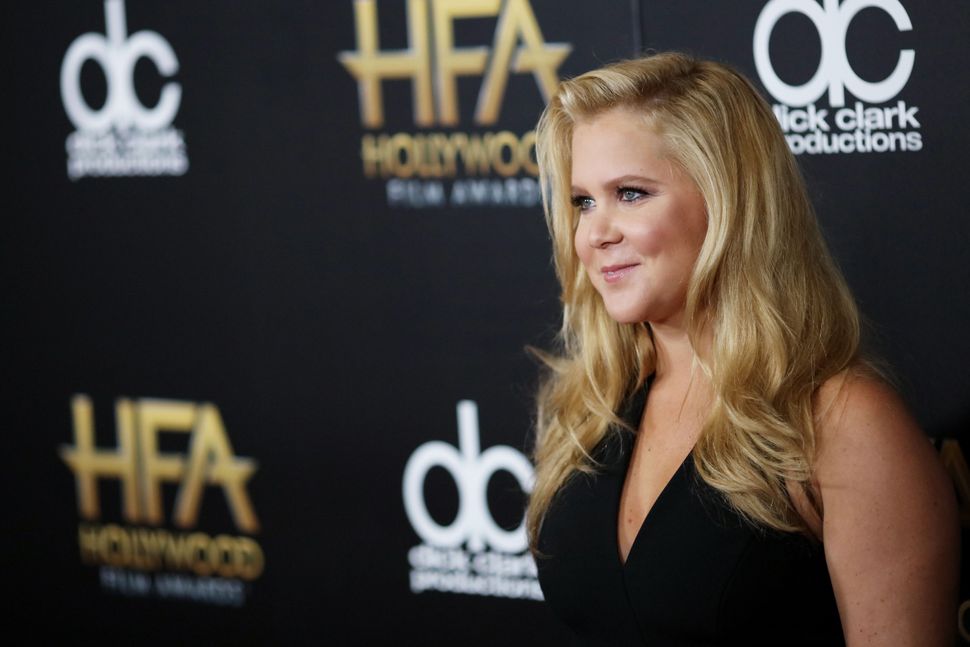 The latest public incident of rape mansplaining and victim-blaming — incident, mind, not controversy; publicly disrespecting and undermining women isn’t controversial, it’s just wrong — has centered on an unlikely figure: Amy Schumer. In a now-deleted Facebook post, comedian Kurt Metzger, who has written for Schumer’s Comedy Central Show “Inside Amy Schumer,” lambasted the decision of the Upright Citizens Brigade to ban comedian Aaron Glaser after an internal investigation reviewing several allegations of rape against him. Metzger focused his criticism on women for not immediately reporting rapes to the police.

“Anyway Jiff Dilfyberg is dangerous,” he wrote in the post’s third paragraph. (He used “Jiff Dilfyberg” as a stand-in character for Glaser throughout the rant.) “So fucking dangerous that we can’t go to the police to report his many rapes! That would just be tooooo rapey,” he continued, “and the women are too brave for that. If we ask them to even merely also post a vague account of what happened before asking us to believe that would like re-raping their rape! These women are as BRAVE as they are sore!”

Metzger’s comments earned an immense amount of outrage, which he mocked on his Twitter account. (A sample Tweet: “Instead of leading victims to the police like you’re supposed to, u lead them up your own asses.”)The comedian has a history of harassing women on Twitter, and the comedy world isn’t known for its friendliness towards women who speak up about its pervasive culture of sexual harassment.

Schumer has so far responded to Metzger through Twitter and a Charlie Rose interview, disavowing any supposed support for his comments. “I am so saddened and disappointed in Kurt Metzger,” she wrote on Twitter on Wednesday. “He is my friend and a great writer and I couldn’t be more against his recent actions.” She also clarified that since “Inside Amy Schumer” is on indefinite hiatus while she focuses on standup comedy and writing, Metzger is not currently employed as writer for the show.

I am so saddened and disappointed in Kurt Metzger. He is my friend and a great writer and I couldn’t be more against his recent actions.

Kurt does not work for me. He is not a writer on my show. Please stop asking me about it. His words are not mine.

That’s a good start, but Schumer should go farther. While she is in no way responsible for Metzger’s comments, she has a high-profile platform, and she can use it, in this scenario, to dismantle the misconceptions his comments serve to perpetuate. She could do so by highlighting, to start with, the vast number of reasons that victims do not report rapes to police. These include but are not limited to the fact that to increase the chance of prosecution victims are asked to undergo lengthy, painful, invasive rape kit tests which the police often leave to fester untested, which is not a compelling testament to the police’s ability at bringing rapists to justice. The police can also make victims feel pressured to bring their cases to trial, which is a choice that involves tremendous emotional and financial expense. Victims are also often subjected to victim blaming and slut shaming, which is traumatic enough when you haven’t just been sexually assaulted, and can reasonably be understood to be unbearable when you have.

Schumer could also take the stage to discuss the ways in which the legal system offers limited assistance to victims. The courts tends to hand down fewer sentences for accusations of sexual assault than for other violent crimes. According to RAINN, the Rape, Abuse & Incest National Network, of every 334 rapes reported, 7 defendants will receive a felony conviction. That’s around 2%, compared to roughly 3.6% for robberies and 6.6% of cases of assault and battery. As recent cases involving students at Stanford and the University of Colorado, Boulder have brought to public attention, when a rapist is convicted their punishments tend to be disproportionately light. Such situations can add to the victim’s pain and the fear, held by many, of eventual retaliation by their attackers. (Many victims of sexual assault — 20%, according to RAINN — do not report their assaults because they fear retaliation from their attackers.)

Legal due process should always be respected, but when it comes to individual organizations – like comedy clubs, or universities, where issues like this are currently in the spotlight – prioritizing the safety of female members by removing the access of men accused of multiple rapes seems pretty well justifiable. Metzger’s comments have thrown Schumer into an unwanted spotlight; she can use it to help him, and those who agree with him, learn a little bit more about why that’s the case.