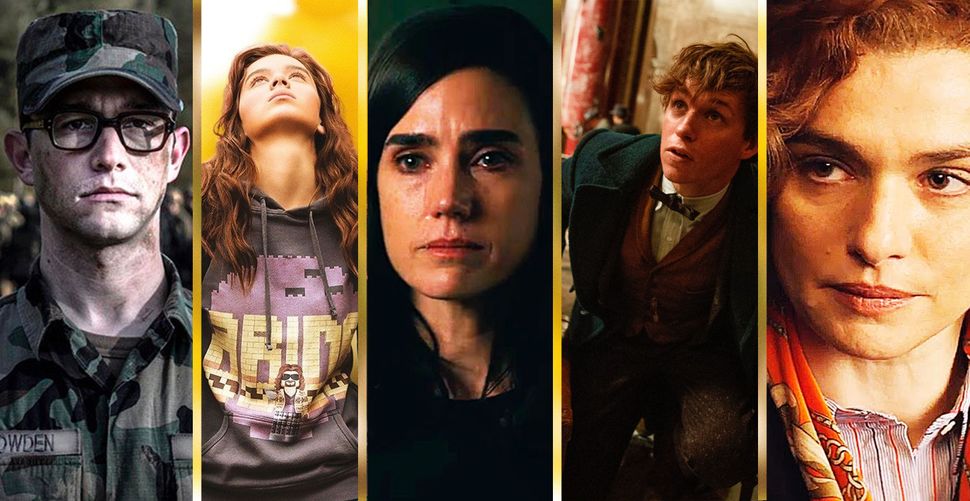 Light jackets, warm cider and a slamming roster of upcoming movies. What’s not to love about the fall?

We pulled together ten must-see films hitting theaters in the next few months, complete with some of our favorite Jewish actors.

Rachel Weisz stars in this adaptation of Deborah E. Lipstadt’s book “History on Trial: My Day in Court with a Holocaust Denier” about a legal battle against a Holocaust denier.

Ewan McGregor and Jennifer Connelly star in this Philip Roth adaption about a Jewish family dealing with the consequences of their daughter’s foray into domestic terrorism.

4) Fantastic Beasts and Where to Find Them

Worth noting that the love interest of this film’s protagonist is Tina Goldstein, distant relative of Anthony Goldstein, aka the “Harry Potter” series’ only known Jewish character. And if that’s too nerdy of a tie-in for you, the movie also stars Ezra Miller and it looks pretty fantastic.

Hallie Steinfeld stars in this coming-of-age film about a teenage girl aptly tag lined “Is it over yet?” Woody Harrelson and Kyra Sedgwick also co-star.