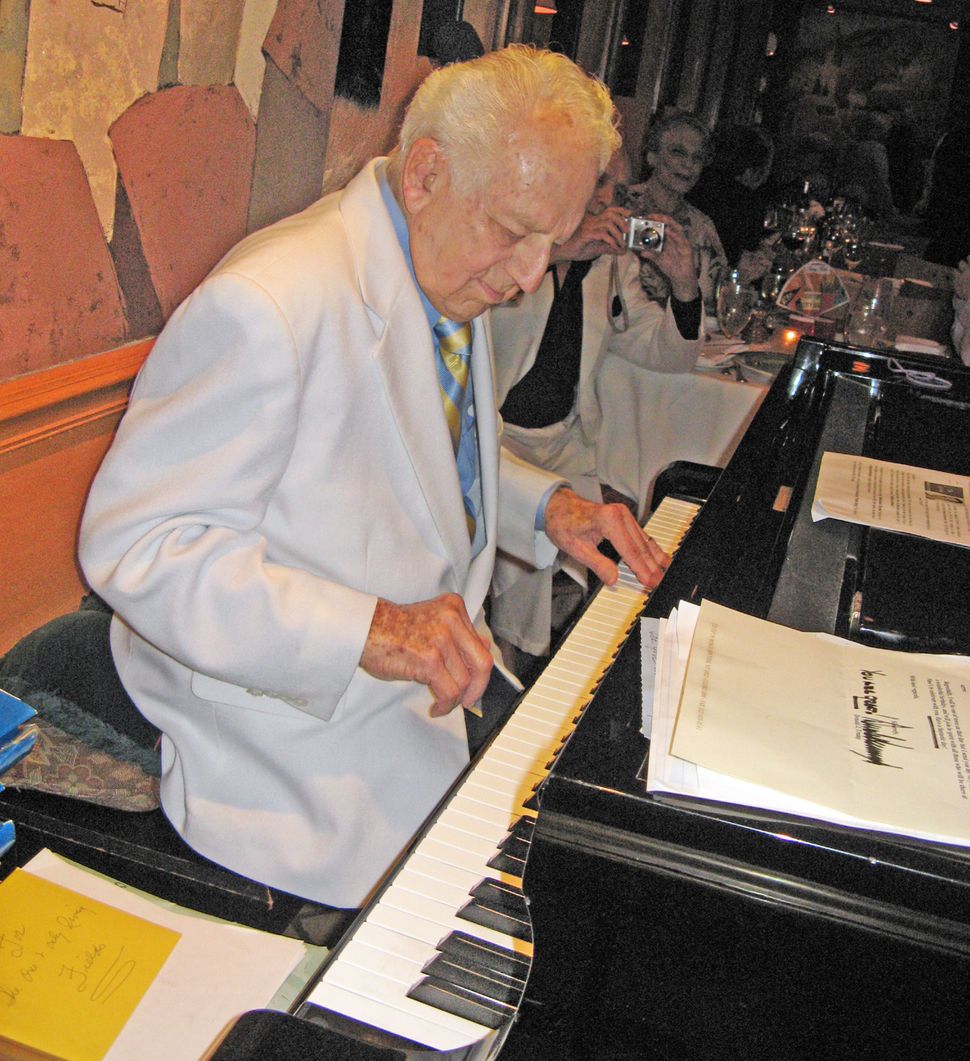 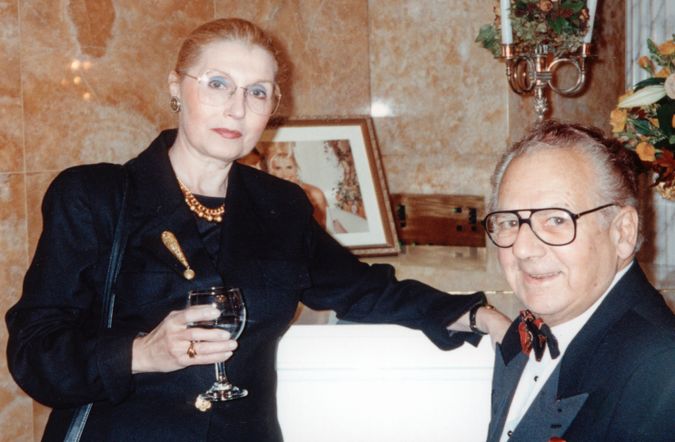 Irving Fields—composer, pianist and lover of life— died on August 20th at age 101. He thought he would live and be at the keyboard forever, as did his friends and fans. His performance portfolio ranged from concerts at Carnegie Hall to gigs at The Plaza, Miami Beach, the Catskills [Fallsview] and—amazingly—the marble and gilt abode of ** Ivana** and Donald Trump.

I first met Irving in the early 1990’s when he was resident pianist/entertainer at The Gian Marino Restaurant on Central Park South.

Thereafter I received an annual phone call: “Hello, Masha—I’m going to be…98…99…100.. 101…. come hear me play…bring the family”. The most recent performance was at Nino’s Tuscany and Steak House on West 58th Street where he’d once played “Fly Me To The Moon” for astronaut Buzz Aldrin. I was looking forward to his telephone alert: “Masha, I’m going to be 102!”

Famous for his irresistible to dance to “Miami Beach Rhumba” [1946], he recently sent me a heymish edition based on lyrics he received from a San Francisco Bay Area Klezmer performer Jim Rebhan which include the lines: “Brooklyn was too cold in November, I just had to find a spa; Booked reservation for December, Miami Beach at Chanukah…. ay, ay, ay.” 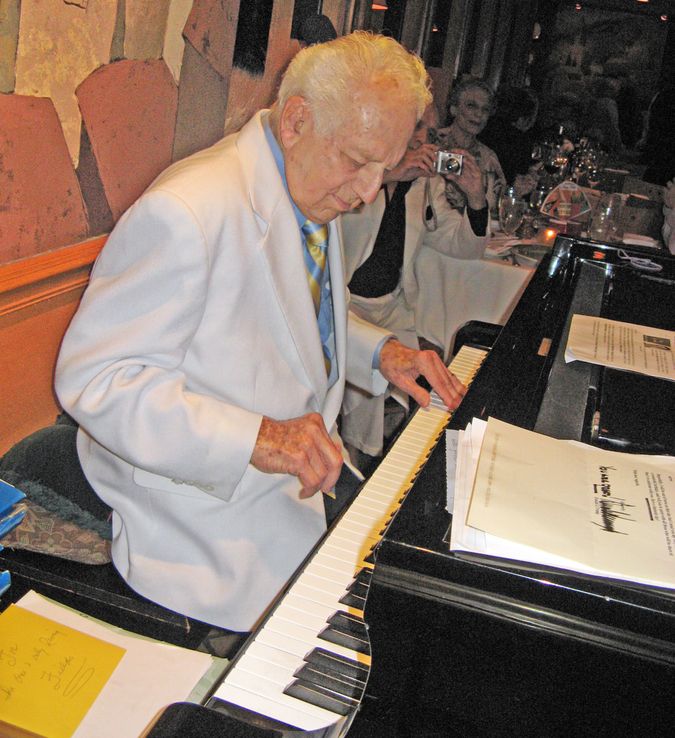 Irving’s “Managua, Nicaragua” led to his being made an honorary citizen of that miniscule country. Proud of his ode to the Statue of Liberty “Here’s to The Lady”— he wrote to Mayor Michael Bloomberg then sent me a copy of the mayor’s reply: ”I enjoyed listening to ‘Here’s To the Lady’ and commend your enthusiastic tribute to one of New York’s greatest landmarks.” An indefatigable self-promoter, Irving helped keep his friends’ and fans’ spirits upbeat.

Of his many appearances—on stage, at hotels and restaurants—-a most indelible memory is the November 1993 Ivana Trump-sponsored gala cocktail reception celebrating her being designated as Hadassah’s newly inducted “Woman of the Year” life member. “Why Hadassah?” I asked. Ivana replied: ”They came to me three years ago at the Plaza and they do such wonderful work.”

Held at her about to-be-evicted from triple floor marble-crystal-gilded Trump home, Ivana was lavish in her introduction of Irving Fields. Seated at a white baby grand piano at the foot of a winding marble staircase, Fields played a medley of popular tunes as 12 year old long legged Ivanka and blond brother Eric joined the guests in applause.

Not only was Irving Fields an ever-optimistic indefatigable composer-performer, but also in word, song and poem he was an inveterate advice giver. Each of his letters included a list or poem with injunctions re diet, state of mind and patriotism, i.e.: “Be the first to say ‘hello’ with a smile on your face’… Don’t be a bearer of bad news… Eat four hours before bedtime… think of three magic letters before you make a decision… and his oft- repeated mantra: “There would never be war if music was a religion.”