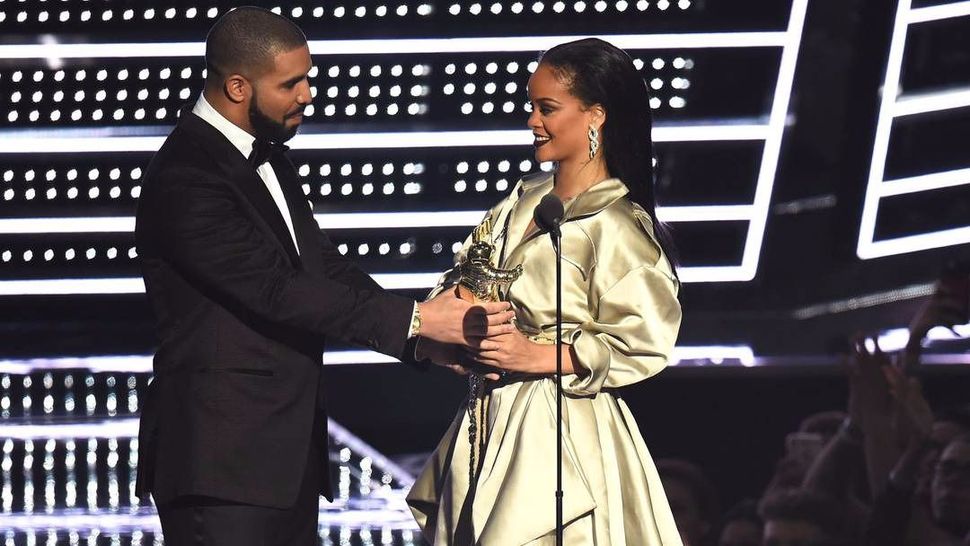 Drake gave the most swoon-inducing speech about Rihanna last night at the VMA’s—and our hearts are still recovering.

There has always been whispers of dating rumors about the two artists, but things were made official when Mr. Champagne Papi himself presented Rihanna with the Vanguard Award (the VMA equivalent of a Lifetime Achievement award) and—finally!—declared his love for her.

“The first time I met Robyn Fenty [Rihanna] was in 2005,” he said. “The song was Pon de Replay and the director of the video was Little X. I was introduced to her as the kid who played background music at the restaurant as people ate at their dinner. It’s hard to believe that 11 years later all three of us would come together to create the visual for a song called Work.”

He went on to call her “iconic” and “captivating,” pointing to her chart-topping songs, sold-out concerts and unique take on fashion.

But most importantly, the rapper noted, is that Rihanna always stays true to herself.

“This woman has surpassed all competition by still being the same girl from Barbados,” he said. “Surrounded by the same friends, speaking with the same accent.”

“She’s someone who I’ve loved since I was 22-years-old.” Drake said, before handing over the award and kind of going in for a kiss turned passionate neck nuzzle.

Watch the whole speech in its lovely gushiness below: