Gene Wilder, star of ‘Willy Wonka’ and other classic comedies, dies at 83 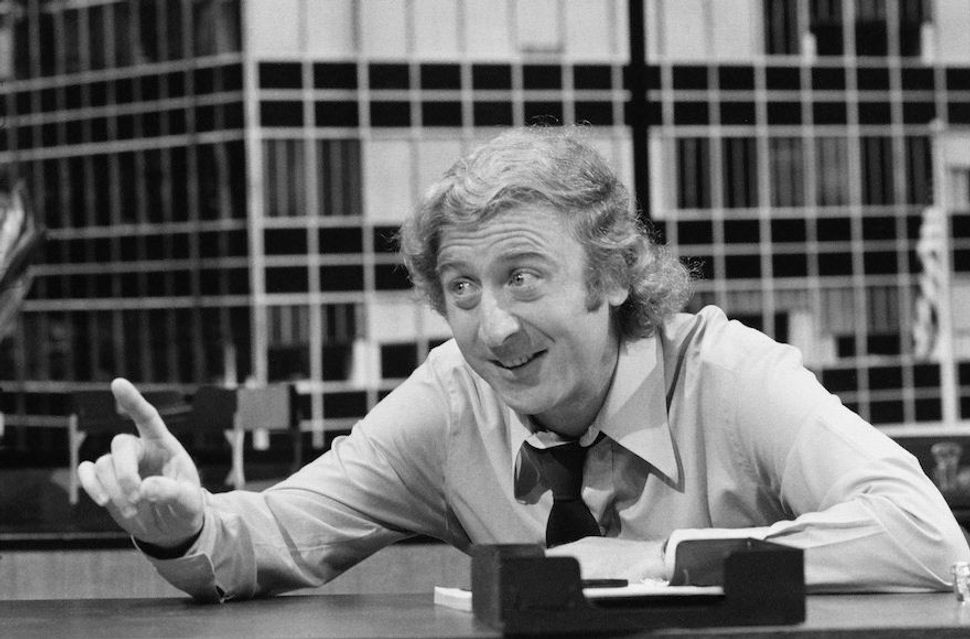 Gene Wilder, a comedic actor known for playing wild-eyed eccentrics such as the titular characters in “Young Frankenstein” and “Willy Wonka & the Chocolate Factory,” has died at 83.

Wilder, who was Jewish, died Sunday from complications of Alzheimer’s disease, his nephew, filmmaker Jordan Walker-Pearlman, told The Associated Press.

He worked closely with Jewish director Mel Brooks. In addition to starring in Brooks’ “Young Frankenstein” as the American grandson of the creator of the famous monster, he portrayed accountant Leo Bloom in “The Producers” opposite “Fiddler on the Roof” star Zero Mostel’s Max Bialystock, and a hard-drinking, pot-smoking gunman, the Waco Kid, in the satirical Western “Blazing Saddles.”

The New York Times called Wilder’s performance in “Young Frankenstein,” which he co-wrote with Brooks, a “marvelous addled mixture of young Tom Edison, Winnie-the-Pooh, and your average Playboy reader with a keen appreciation of beautiful bosoms.” “Blazing Saddles” and “Young Frankenstein,” were, respectively, the top and fourth-highest grossing movies of 1974.

In 1972, Wilder appeared in the Woody Allen film “Everything You Always Wanted to Know About Sex* (*But Were Afraid to Ask).”

Wilder also starred as Avram Belinski, a rabbi who befriends a bank robber played by a young Harrison Ford, in the 1979 Western comedy “The Frisco Kid.”

He and the late comedian Richard Pryor also teamed up in a series of black-Jewish buddy movies, including “Stir Crazy” and “Silver Streak.”

Wilder was married four times, including to Jewish comedian Gilda Radner in 1984. Radner died of ovarian cancer in 1989.

In 1991, he married Karen Webb, a speech therapist, and the couple was together until Wilder’s death.

Gene Wilder, star of ‘Willy Wonka’ and other classic comedies, dies at 83