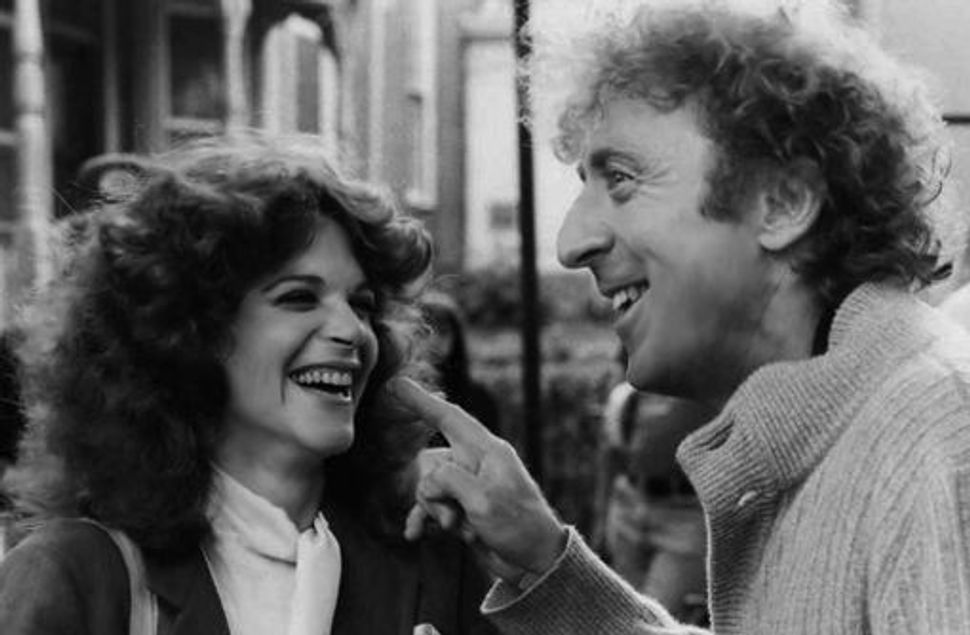 The first time Gilda Radner met Gene Wilder, she thought he was suggestively rubbing his crotch on her knee.

It was at the very beginning of shooting the Sidney Poitier directed romp “Hanky Panky,” and the two were introduced before filming their first scene.

“When she told me this story, I said, ‘You’re nuts!’ And she said, ‘No, they were your nuts.’” Wilder quipped in his memoir.

And so began the Wilder/Radner love story, a tale brimming with all the the funny, heart wrenching, lovely gushiness of any good romantic comedy.

Radner, who was married at the time of their first meeting, recalled feeling “hooked” immediately after meeting Wilder (potential crotch rubbing aside).

“It felt like my life went from black and white to Technicolor.” she wrote in her memoir, “It’s Always Something.” “Gene was funny and athletic and handsome, and he smelled good. I was bitten with love.”

By the end of the night, Radner told Wilder that they were going to get married—a seemingly far-flung idea at the time.

But she wasn’t wrong. The two shacked up together on and off for two-and-a-half years, though Wilder continued to have some hesitations about marriage. 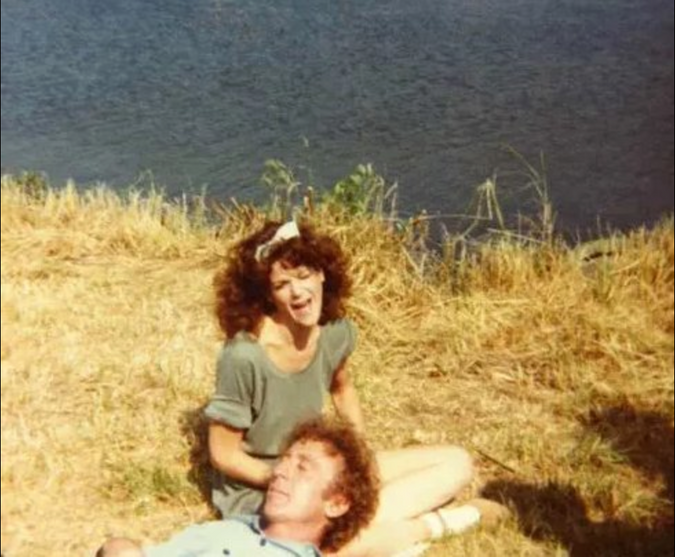 “I thought she was a baby. She couldn’t be without me, do without me,” he said in an interview with Larry King.

It wasn’t until, oddly enough, Radner’s dog Sparkle got sick from eating rat poisoning and she missed a trip they were supposed to take together, that Wilder decided to wanted to take the leap.

“She said the words that changed my life. ‘You go ahead, Darling. I know you love me. You know I love you. You’re awfully tired — we were going to go to France — go and get a rest, and I’ll be here when you get back.’” he recalled. “That’s what I was waiting for for two-and- a-half years… in the two-and- a-half years, she’s grown up.”

The two married in the South of France, and remained together until Radner passed away from ovarian cancer in 1989.

She stayed funny until the very end. Wilder recalled her yelling at her cancer in the voice of her Saturday Night Live character Roseanne Roseannadanna, “Hey, what are you trying to do in here? Make me sick?”

The ability to find humor in pain, Wilder once told Tablet , is important.

When asked why he feels Jewish, the actors pointed to the love of his parents, and how much he wanted to make them laugh during hard times.

“If my mother hadn’t laughed at the funny things I did, I probably wouldn’t be a comic actor.” he said. “After she had her first heart attack, the doctor said, ‘Try to make her laugh.’ And that was the first time I tried to make anyone laugh. [Wilder was just 6 at the time.]”

And he kept trying to crack Radner up as well—long after she was gone.

“If I need to cry or think a little bit, I’ll go over to the cemetery where she is buried to make sure the tree our friends planted is doing well and the grounds are kept up.” Wilder wrote in People Magazine. “I think one of the things that would make Gilda happiest is if Sparkle, her Yorkshire terrier, pee-peed right on top of her grave. One for Mama. She’d laugh.”

Thea Glassman is a Multimedia Fellow with the Forward. Reach her at glassman@forward.com or on Twitter at @theakglassman.