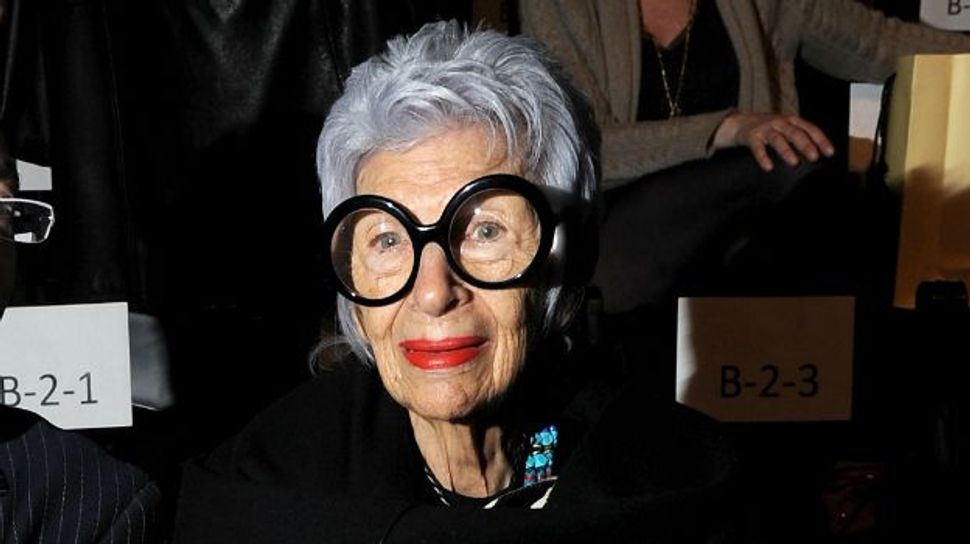 Iris Apfel has some choice fashion advice for older women.

The style icon, who celebrated her 95th birthday on Monday, told Fashionista that there are a few major fashion don’ts she thinks need to be avoided.

Then again, she’s not mad if you throw all those rules out the window.

“I want you to be happy. I always say it’s better to be happy than well dressed.” the designer said. “Do your own thing. I don’t sit and judge anybody.”

She does, however, have some major qualms with the fashion industry’s “youth-oriented” approach to older women’s fashion. Apfel explained that she feels the older generation gets neglected when it comes to affordable, fashionable clothing.

“I think a lot of designers create very expensive clothes for women [in their] 60s and 70s — people who wear them — and they create them for 16- and 18-year-old bodies.” Apfel said. “The kids can’t afford to buy them and the women look like a horse’s ass if they put it on. So it’s all out of whack.”

But don’t go throwing around the term “age-appropriate.”