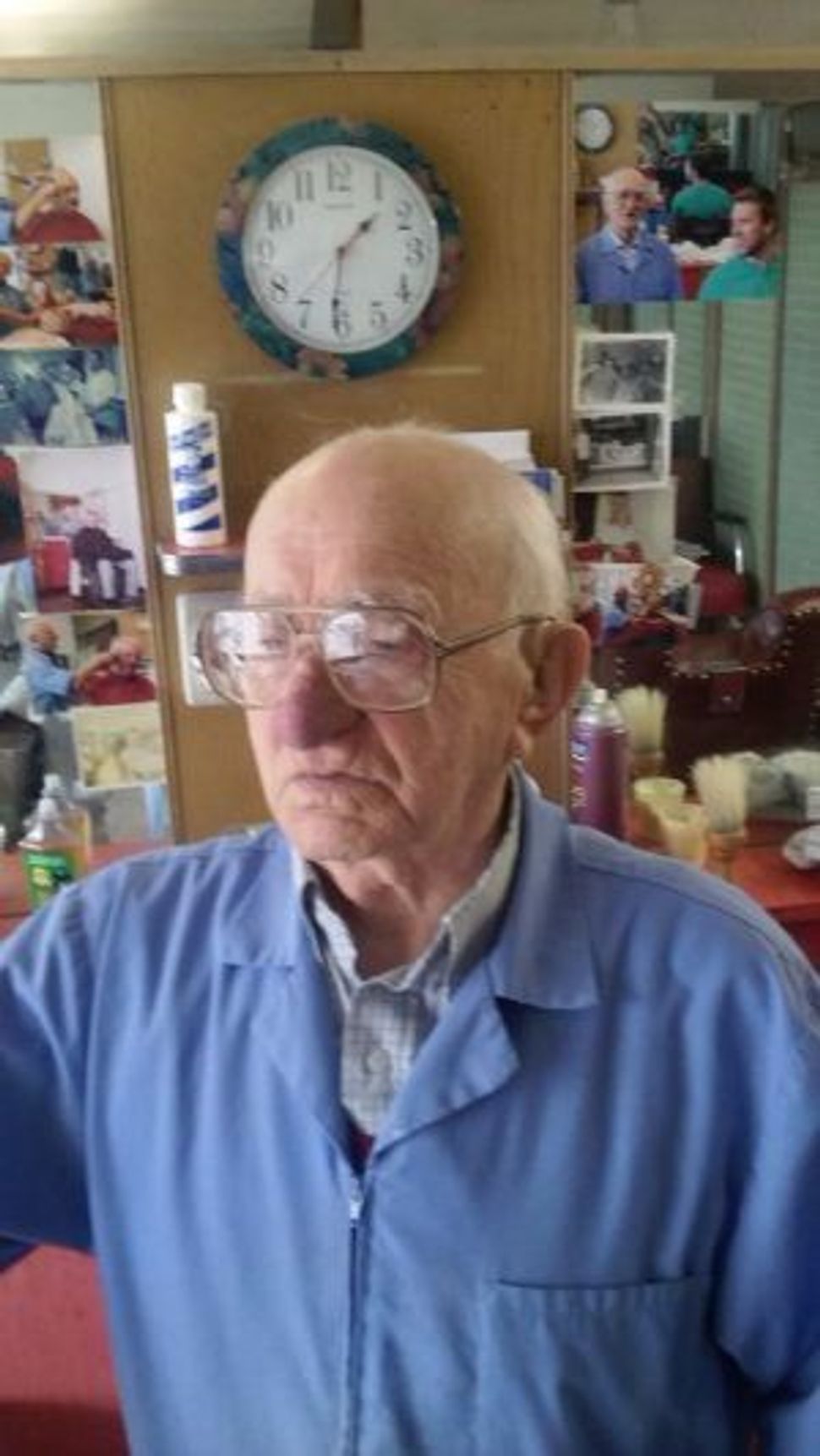 A 96-year-old Holocaust survivor, who began his career cutting hair for German soldiers at Auschwitz and Mauthausen, recently closed the barbershop he owned and operated for 60 years in Chicago.

Ben Scheinkopf left a note on the door of his shop, on California Avenue on Chicago’s North Side, for patrons and neighbors explaining, his age made it too difficult to get to work every morning. He signed it “Benny the Barber.”

“So, I will now cheer the Cubs on to the World Series, spend more time with my family and grandchildren and continue to tell them stories of my long years working with such nice people,” he wrote.

One customer, Barth Landor, wrote a profile of Scheinkopf in Hippocampus Magazine earlier this year, focusing on Scheinkopf’s time in Auschwitz, where Landor was told, Scheinkopf received a bowl of soup a day for his hair cutting services.

“In Auschwitz you could not stay alive one week,” Scheinkopf said to Landor in the story. “I could not believe they would ever let one Jew out of there.” He has a blue tattoo on his arm that seems to read “24315.”

Scheinkopf grew up in Poland, in the same town as David Ben-Gurion. He wanted to cut hair as a boy. In a news clip embedded in a DNAinfo story about the closing, Scheinkopf said in his thick Yiddish accent that his siblings, seven boys and two sisters, were killed in Auschwitz.

“And I’m the only one alive. Because I’m a barber, you know, so I was cutting the prisoners’ hair,” said Scheinkopf.

After the war, at 60 pounds, Scheinkopf went to Germany and began cutting hair at an American Army base. He later moved to Chicago and continued his business there, starting in 1949.

“Ninety percent of my customers have all died out,” said Scheinkopf in the news piece. “But the doctor says, ‘Keep on working. Don’t stay home. You’re going to stay home, watch T.V., you’re not going to live long.’”