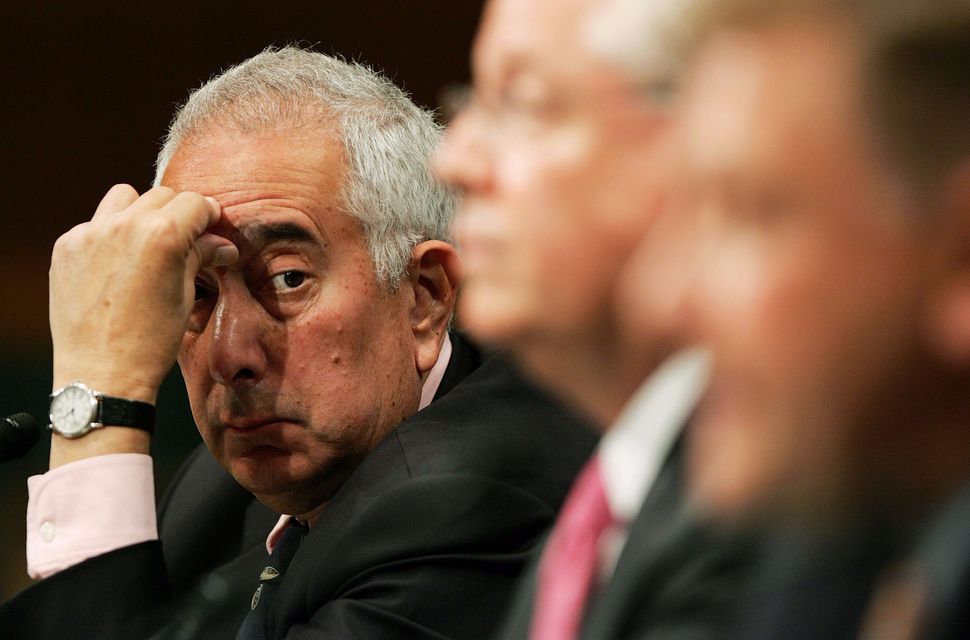 Ben Stein, a lifelong Republican, former speechwriter for Richard Nixon and the teacher in “Ferris Bueller’s Day Off,” really doesn’t like either candidate for president.

Stein sat down with Jimmy Kimmel last night and declared that he’s “not a fan” of Hillary Clinton, and that there is “something wrong” with Donald Trump. The actor added that he was pulling for Lindsey Graham.

“It breaks my heart that the two nominees are who they are,” he said.

Turns out the 71-year-old actually went to Yale Law School with Clinton, and the two were casual acquaintances.

“Did you woo her?” Kimmel asked hopefully.

“No,” Stein replied, laughing (he was married by that time).

Kimmel also wanted to know if Stein would ever consider being in Trump’s cabinet. Again, a hard no.

Watch Stein’s express his disinterest in both candidates below: