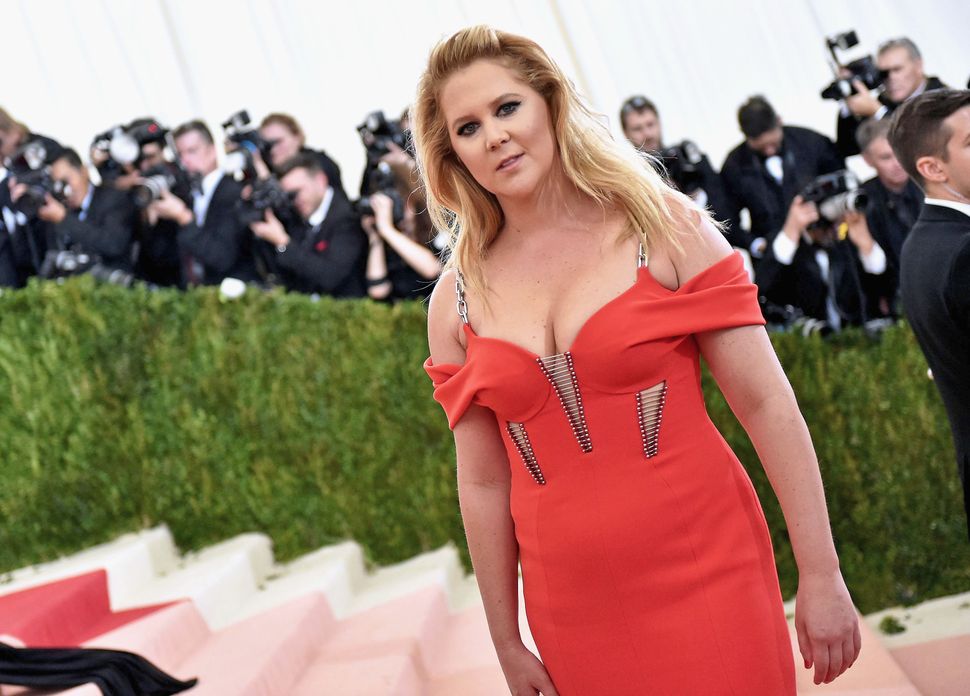 Amy Schumer sure knows how to take down a misogynist hater when she sees one. The comedian, writer and actress was two minutes into a performance in Stockholm last night when a heckler shouted “show us your tits!”

Schumer responded in top form, pausing her act to focus in on the heckler. She interrogated him about his shirt, which apparently read “I love pussies,” and what he does for work. The answer to the second question was “sales;” Schumer narrowed her eyes, a grin sliding across her face. “How’s that working out?” she asked, “because we’re not buying it.”

The heckler eventually got thrown out, to the applause of the audience, after disregarding Schumer’s warning that if he yelled again he’d be “yelling ‘show your tits’ to people in the parking lot.” You have to wonder why it would seem like a good idea to yell “show your tits” at a woman who specializes in hilariously dismantling sexism; chalk it up, I guess, to the fragile male ego. Watch the full video below.