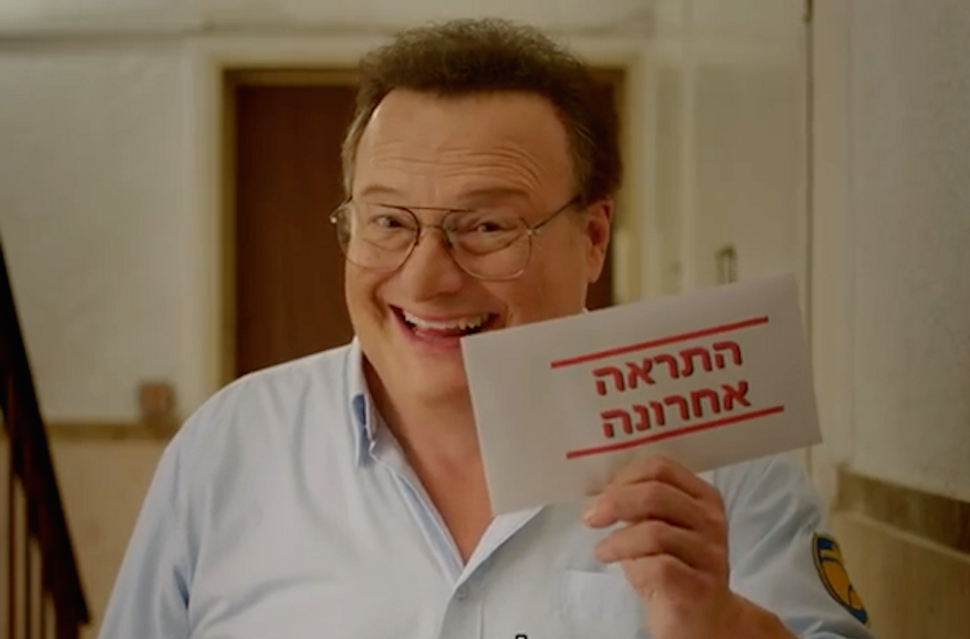 A beloved “Seinfeld” character made an unlikely reprise: in an Israeli commercial for the furniture giant Ikea.

Shot in Israel, the video features Knight lamenting the lack of respect for postal workers in modern society, as he deals with challenges on his delivery route, including having to resort to various schemes to hand out a piece of mail — and still not succeeding.

“But there is one day that makes me feel special, like Valentine’s Day for the florist, like the day after Passover for the baker,” gushes Knight.

That is the day the yearly Ikea catalogue arrives. As a group of excited Israelis gather around him, Knight, who speaks in English throughout the commercial, says a sentence that contains a single word in Hebrew: My life is tutim (strawberries). To Knight’s dismay, one of people gathered around him offers him grapes, not strawberries.

The line may be referring to Israeli artist Hanan Ben Ari’s hit song, “Our Lives Are Strawberries,” in which the singer complains about the difficulties of living in the Jewish state, while also acknowledging the positives.