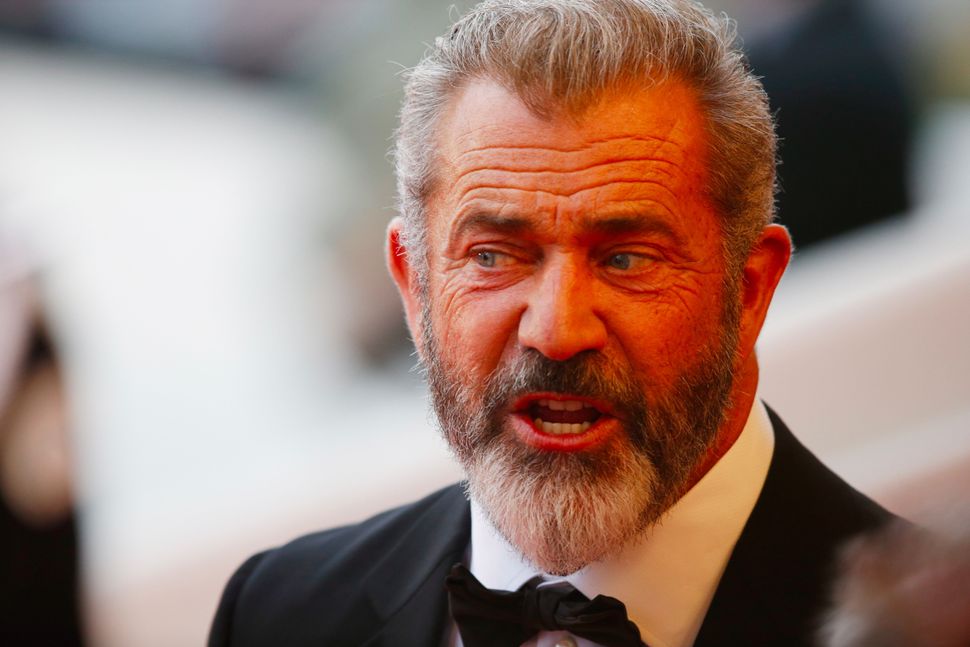 Is Mel Gibson still blaming his problems on the Jews? That seems to be what Glenn Beck said last week on his radio show — and what a staffer wrote in a post on the conservative talk radio host’s website. Beck said Gibson told him the “Jewish People” had stolen his movie “The Passion of the Christ” before it came out in theaters “and used it to attack him and make his life hell before the film’s release,” reported the Daily Beast on Thursday.

A post on Beck’s website, which has since been taken down – but still can be found through Google’s caching mechanism – talked about “an incredible 90-minute, off-the-record conversation with no cameras around” that Beck had with Gibson in late August. They apparently spoke while attending a screening of Gibson’s new movie, “Hacksaw Ridge.”

“Although they didn’t go into great detail, Glenn got the impression that Gibson’s highly publicized rant against Jews happened in a moment of weakness,” said the post.

“He was horribly angry and had so much anger at him from all kinds of stuff — he was twisted, he was drunk, he was high — and he was lashing out at that group of Jews, not Jews in general,” the post continued. “Glenn asked a final question about Passion of the Christ and if, knowing everything that would happen, he would make the movie again. Gibson immediately said ‘yes.’” When Beck asked Gibson if he would have changed anything, according to the post, Gibson replied, “Nothing with the movie. I would change me.”

“I kind of got the impression — I don’t even know if this is true — that Mel has really turned his life around, you know, he’s an alcoholic with ten years of sobriety behind him. He’s really changed. He’s learned a lot. And he’s kind of alone,” the post quoted Beck as saying.

The Daily Beast quoted Beck recalling Gibson’s comments in a since removed video about their conversation: “And then some Jewish people — I guess some rabbis or something, I didn’t get into it — somebody stole a copy of the movie before it was shown to anybody… And then they did a deal in The New York Times with all these rabbis trashing him as an anti-Semite. And he said, ‘I couldn’t believe it… Nobody was really upset that these guys stole the movie…’

A statement on Beck’s website said the post and video were removed because the “inadvertently revealed details of an off the record conversation.”

Gibson confirmed last week that he is making a movie about the resurrection of Jesus.

“The Passion” was released in 2004 and gained great commercial success, but its account of the crucifixion of Jesus angered many Jewish organizations, which believed it was an interpretation of the New Testament that would fan the flames of anti-Semitism. When it was released, then-Anti-Defamation League chief Abraham Foxman said he was troubled by Gibson’s claim of historical accuracy.

“He made his choice,” Foxman told a news conference after viewing the film. “And it’s to blame the Jews.”

Two years later, Gibson, during an arrest for driving while intoxicated in Southern California, erupted with an anti-Semitic rant against the Jewish sheriff’s deputy who arrested him. That and subsequent scandals involving his marriage and allegations of abuse toward his girlfriend tanked his career for a period, although he has scored some recent successes.