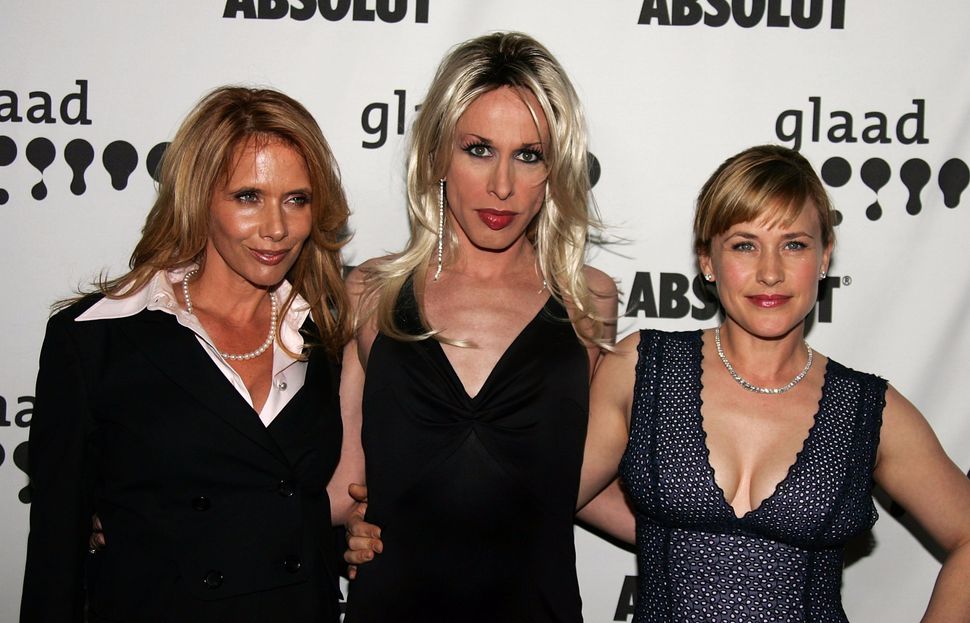 Alexis Arquette, the actress and transgender rights activist, passed away on September 11th. She was 47 years old. A statement on her brother Richmond’s Facebook page, written by their sister Patricia, said Arquette’s death came at the end of a long illness, and that she passed away surrounded by her brothers and sisters, listening to David Bowie’s “Starman.”

Arquette, whose mother was Jewish, was one of a family of actors including brother David Arquette and sisters Rosanna and Patricia Arquette. Born Robert Arquette in 1969, Arquette transitioned from male to female in her late 30s. Here are five of her greatest moments.

1) When she documented her transition

In 2007, Arquette made her transition public with the documentary “Alexis Arquette: She’s My Brother.” The film was groundbreaking at a time when transgender rights were neglected in mainstream discourse. In a statement release to “People” after Arquette’s death, President and CEO of LGBT advocacy organization GLAAD said “The 2007 documentary Alexis Arquette: She’s My Brother was released at a time when cultural conversations about transgender issues were not as common as they are today. By sharing that story, Alexis sparked important dialogue about gender that opened hearts, changed minds, and helped move acceptance forward.”

1998’s Adam Sandler and Drew Barrymore-helmed “The Wedding Singer” was a hodgepodge of 80s wonders, and no part of it was more delightful than Arquette’s turn as a member of Sandler’s band capable of taking lead mic on exactly one song: Culture Club’s “Do You Really Want to Hurt Me.” Clad in raspberry ruffles and dramatic eye make up, Arquette might have had to sing the song a few more times than her audience wanted to, but she owned it each time.

Arquette’s first major role was in Uli Edel’s 1989 film “Last Exit To Brooklyn,” in which she played the trans sex worker Georgette. While Arquette herself wouldn’t transition for years, the role shaped her career as a character actress committed to playing outside the type into which others frequently tried to force her.

“Her career was cut short, not by her passing, but by her decision to live her truth and her life as a transgender woman,” her family’s statement noted. “Despite the fact that there are few parts for trans actors, she refused to play roles that were demeaning or stereotypical. She was a vanguard in the fight for understanding and acceptance for all trans people.”

4) When she expanded our understanding of gender one final time

True to the rest of her life, in her last days Arquette spread a message of equality and peace. “In the days leading to her death, she told us she was already visiting the other side, and that where she was going, there was only one gender,” her family’s statement said. “That on the other side, we are free from all of the things that separate us in this life, and that we are all one.”