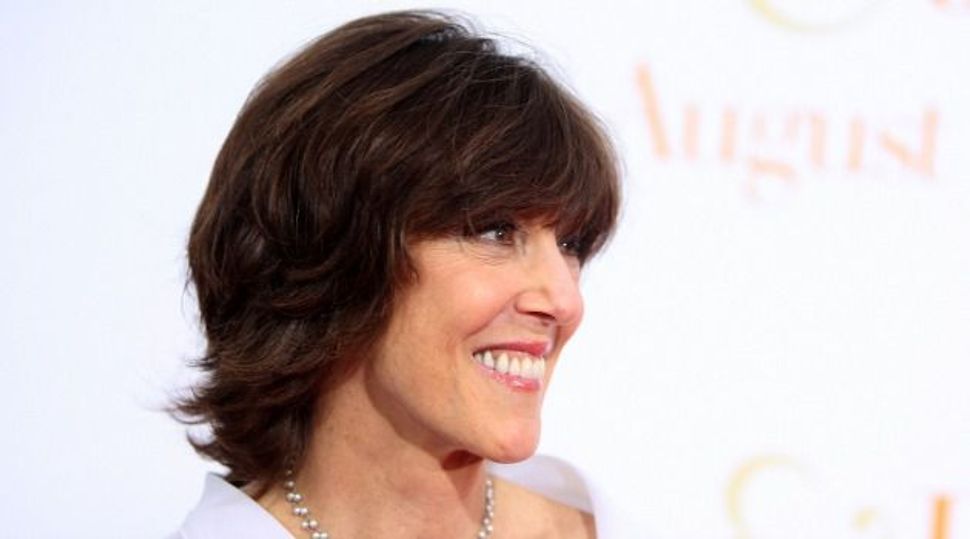 Former Washington Post columnist Richard Cohen insists that he was not the inspiration for Harry, the lovable neurotic in Nora Ephron’s rom-com “When Harry Met Sally.” The 75-year-old writer even has a whole chapter in his recently released Ephron biography, “She Made Me Laugh,” entitled “I am Not and Never Have Been Harry.”

And yet, character inspiration aside, his relationship with the screenwriter—which spanned 40 years—could easily be mistaken for Harry and Sally’s (minus any of that pesky sexual tension).

The friendship started off rocky. “Richard, this is just like the movies,” Nora once told him. “We start off hating each other and we’ll wind up loving each other.” It ended with Cohen sitting by her bedside in the days leading up to her death.

We spoke with Cohen over the phone about digging into his friend’s background, her courage as a young journalist and Meg Ryan’s reaction when she first heard he was writing the biography.

You spoke to so many people from Nora’s past—from her college roommate to old boyfriends. What was that research process like?

You meet somebody mid-life and you just accept them. You don’t say, tell me about your memories, what your life was like, did you like your mother, did you hate your father. So, I had to know more about that. I had to learn. I interviewed well over 40 people. Right off the bat, I was stunned by the width and breadth of her friendships. And I was stunned by how many people considered her to be a very close friend. To know her, was to think she was your close friend. People would come to her for advice, and when she gave it, she sounded very authoritative. And she was. Nora was not smart, she was brilliant.

Was there anything surprising you learned about her?

I wasn’t all that familiar with her early journalism and I was very impressed by how courageous she was. Standing up to her publishers at Esquire, doing hard reporting. She was one of the hard-hitting journalists. Not an investigative journalist, but one of the no-nonsense writers. She had enormous courage and intellectual integrity. And she was also courageous about what wrote about herself.

Did Nora ever speak about being Jewish?

She was very Jewish, culturally and emotionally. She identified fully as a Jewish woman. She was very sensitive to what she thought was anti-Semitism. Sometimes, I think too sensitive. But she wasn’t religious. She was an atheist.

Did you ever think about what Nora might have thought about you writing a book on her?

I do feel that she was looking over my shoulder. I thought about that. Not, would she approve, but was it good? Meg Ryan said to me early on, “How could you do something like this without asking Nora or getting her approval?” We all looked to her as the arbiter of what was good and what was bad.