At Kosher Bakery, Trump Donuts Are Hot Sellers. Clinton Donuts, Not So Much. 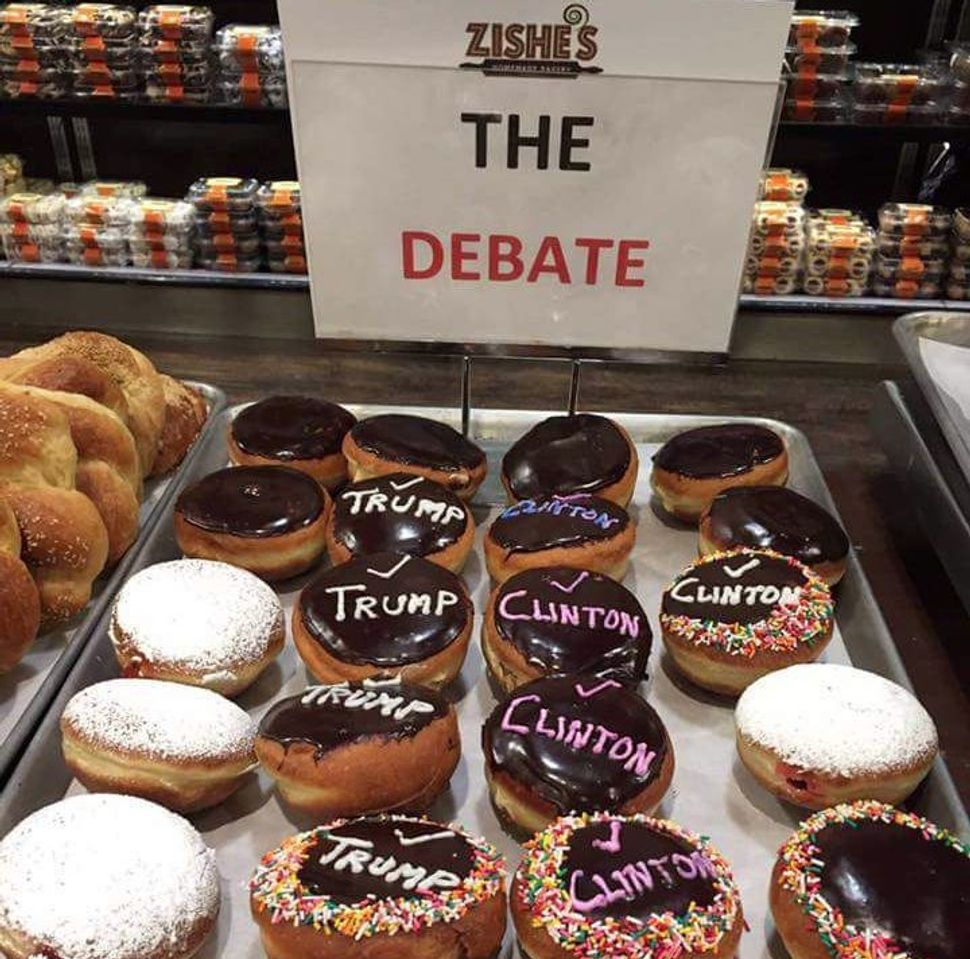 Zishe’s, a kosher sweet shop in the Orthodox-dominated village in Rockland County, cooked up batches of jelly donuts with Trump and Hillary Clinton’s names on them to mark the much-anticipated first presidential debate.

“I sold like ten of the Trump and maybe two of the Clinton,” said a woman who answered the phone at Zishe’s.

A picture of the debate display at Zishe’s is circulating on Orthodox WhatsApp groups.

“We just wanted to make a joke,” said the woman, who declined to give her name.

Now, however, she’s got a problem: leftovers.

“I have all the Clinton donuts,” she said.

At Kosher Bakery, Trump Donuts Are Hot Sellers. Clinton Donuts, Not So Much.