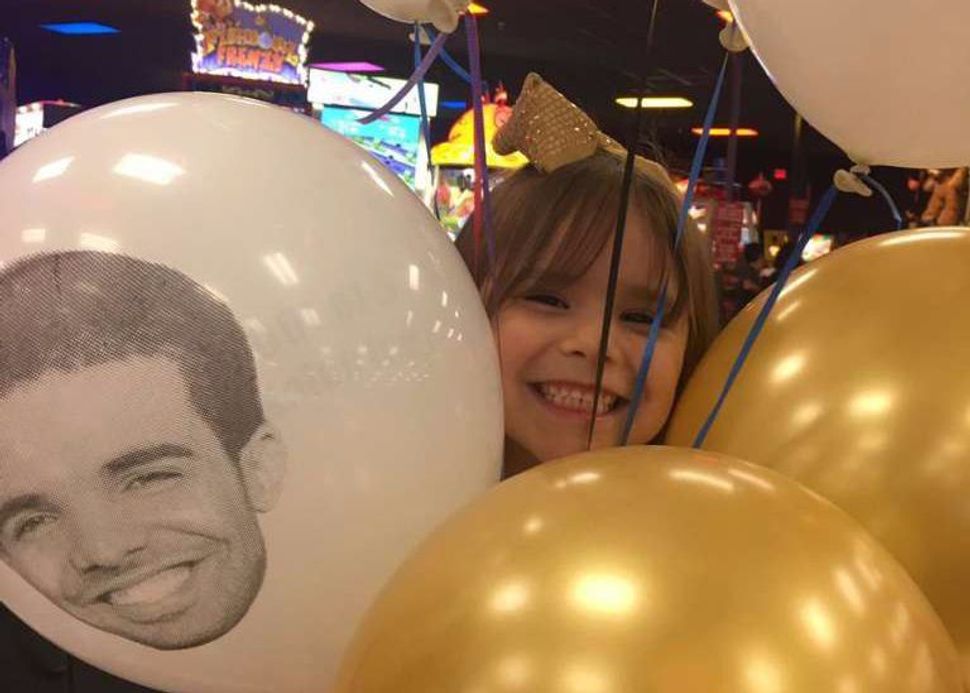 6-year-old Leah Saldivar might just be Drake’s biggest fan. And she had a birthday party to show for it—including balloons with the rapper’s face emblazoned on them, fake $100 bills thrown on the table, and posters highlighting the singer’s OVO record company and latest albums.

Those lucky enough to score an invite were sent this note: 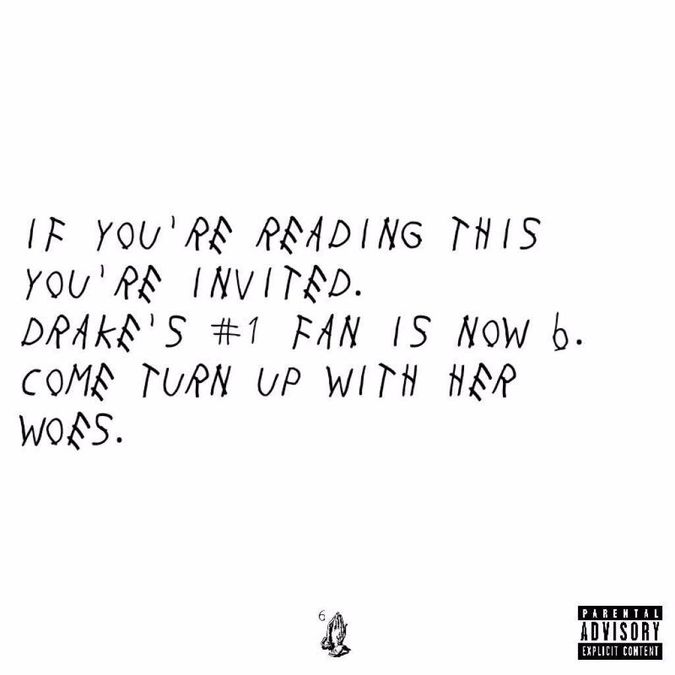 One of her mother’s friends couldn’t resist and put all of the Drake-themed action on Twitter.

Then Drake’s father, Dennis Graham, got wind of the party and sent the birthday girl a special message.

Happy Birthday Leah hope you had a great time ??????

And finally Drake got in on the action, too, promising Leah a pair from his new line of new sneakers.