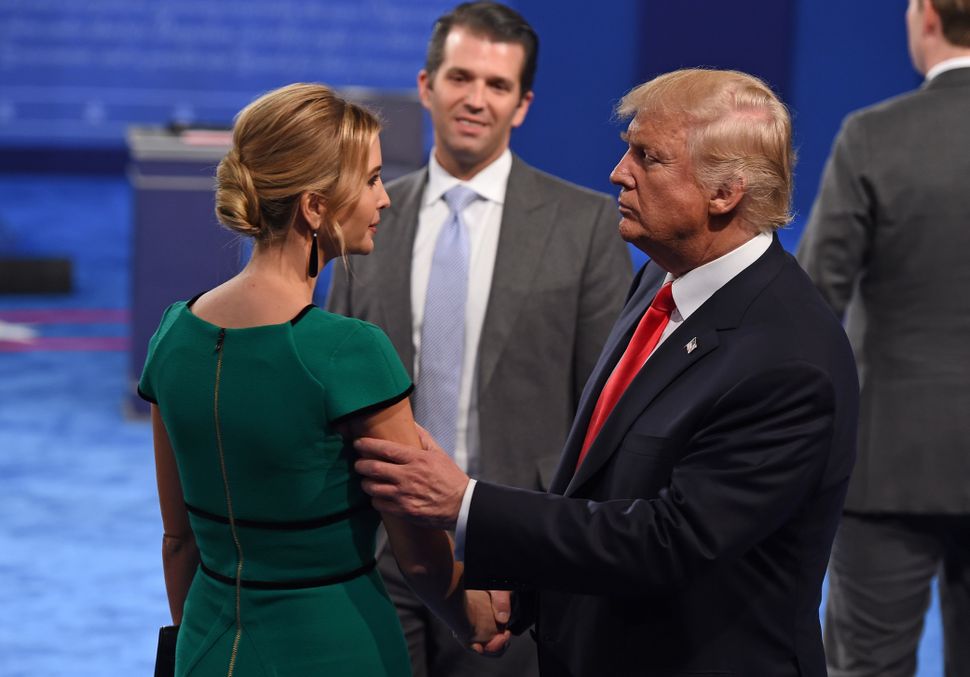 Well, this is weird.

Ivanka Trump (or, more likely, her social media team) favorited a Huffington Post tweet about her father giving Howard Stern the okay to call her a “piece of ass.” 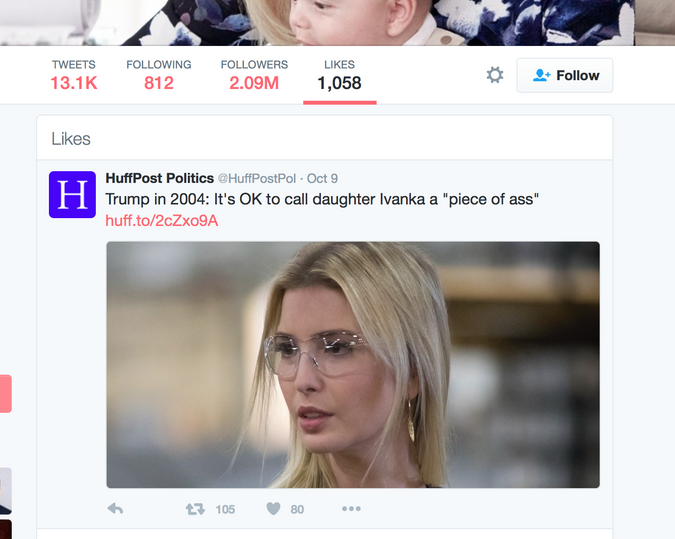 The tweet links to a break down of a conversation the Republican nominee had with Howard Stern about his daughter in a 2004 interview.

“By the way, your daughter,” Stern said to Trump.

This wasn’t the first time the presidential hopeful made lewd remarks about his daughter.

When a Rolling Stone reporter complimented Ivanka during an interview last year, Trump responded: “Yeah, she’s really something, and what a beauty, that one. If I weren’t happily married and, ya know, her father . . . ”

He further cemented the weirdness by actually saying on “The View” in 2006 that if Ivanka weren’t his daughter, he’d maybe be dating her.

File that under things that should never, ever be said.