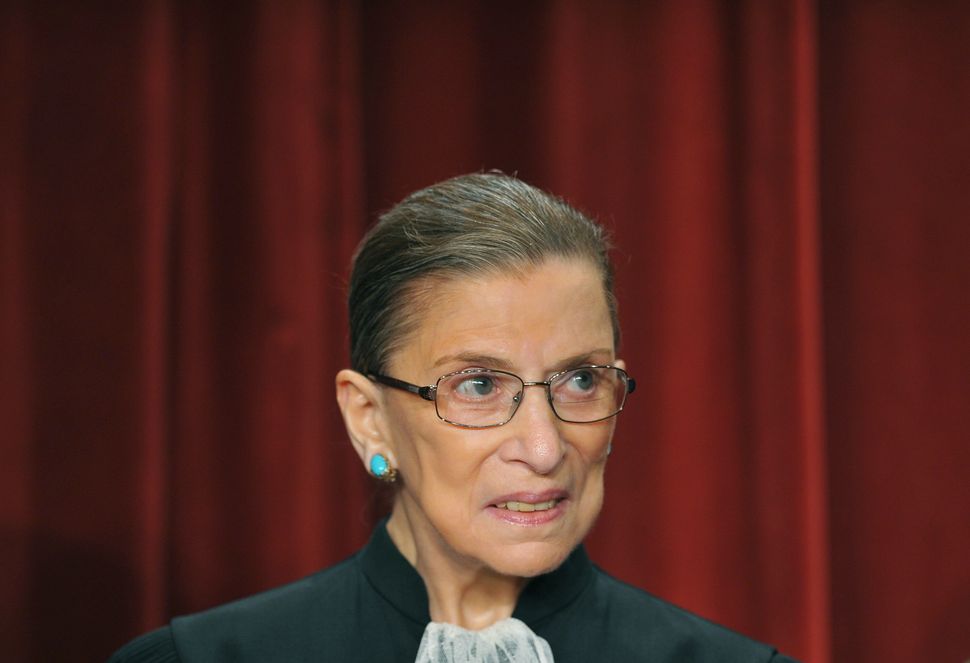 The 83-year-old, whose book “My Own Words” was released this month, sat down with Katie Couric last week to discuss everything from sports to her take on the election.

When asked about San Francisco 49ers quarterback Colin Kaepernick decision not to stand for the national anthem this year, Ginsburg said it was “dumb and disrespectful.”

“I would have the same answer if you asked me about flag burning,” she said. “I think it’s a terrible thing to do.”

While Ginsburg admits that she hasn’t been keeping up with current events on television (“Before the debate, I had the police officers come to check the television to make sure that it was still working!” she said), the Supreme Court Justice did have some choice words about the election.

Ginsburg spoke out against Donald Trump’s proposal to ban Muslims from entering the United States—by harkening back to anti-Semitism she observed growing up. In her book, she recalled seeing a lawn sign reading “No Dogs or Jews allowed.”

“I looked at that sign, and I said, ‘I am a Jew, but I’m an American, and Americans are not supposed to say such things,’” she said. “America is known as a country that welcomes people to its shores. All kinds of people.”

Can the United States actually ban Muslims? Ginsburg remained tight-lipped on that one.

“I think the question you ask is a question that could come before this court. I can’t answer a hypothetical question when it may turn into a real question. I can’t preview my decision,” she said.

When it came to Hillary Clinton, Ginsburg only had complimentary things to say.

“For me, it’s very refreshing to see a woman with the knowledge that she has, with the poise and the — command of language.”

As the Supreme Court Justice enters into her new term, she isn’t really isn’t thinking about retirement too much.

She then went onto tell Couric that she can do 20 push-ups.

“Oh no, no, no, the real ones,” Ginsburg responded.