Stressed Out Over the Election? There’s a (Meditation) App For That. 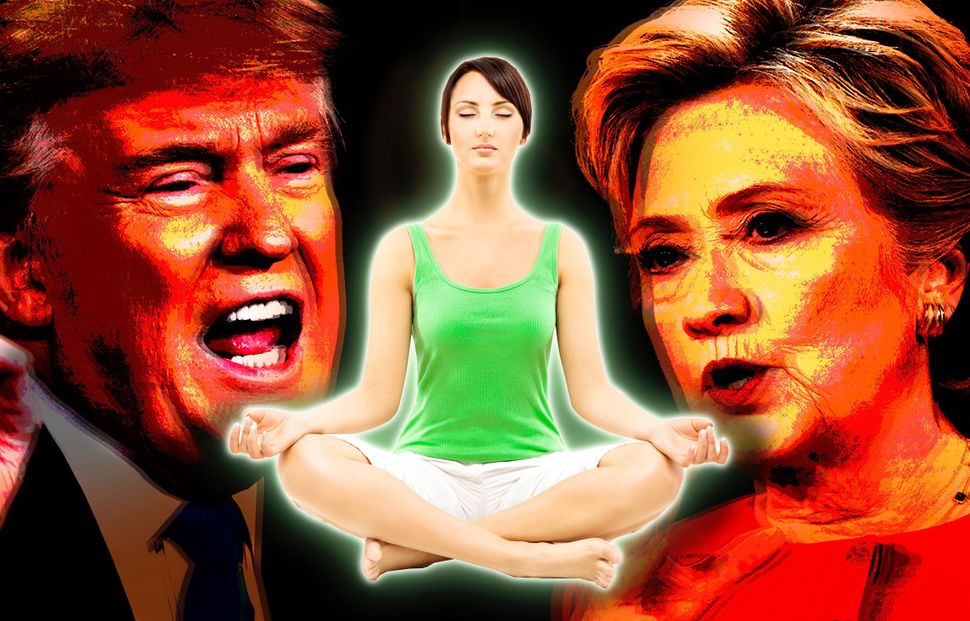 If you’ve found yourself constantly Googling election news, having anxious “what if?” conversations with friends and watching the debates in a miserable ball from your couch — rest assured, you’re not alone.

More than half of Americans feel their well-being has been affected by this election cycle, according to a survey by the American Psychological Association. Across party lines, 55 percent of Democrats and 59 percent of Republicans have reported experiencing “significant stress.”

One solution? Just close your eyes and take a long, deep breath.

The meditation app 10% Happier has stepped up to the bat with a series of “election emergency” guided meditations, aimed to help manage politically-induced stress.

“It’s just so obvious that people are freaking out about the election, myself included,” Dan Harris, ABC News anchor and the founder of 10% Happier, said in a phone interview. “During the second debate I stress ate a huge bag of popcorn. There were crumbs all over the place.”

Harris added that it can sometimes be difficult to talk to others about the election, unless both people are in exact agreement on their views. That’s where turning inwards comes in handy.

Jews in particular should take note.

“I don’t know if there’s any data on this but there’s definitely evidence that we as [Jews] are prone to anxiety,” Harris said. “What meditation allows you to do is to see your thoughts for what they are, really just little bursts in the mind that aren’t necessarily connected to reality.”

Long-time meditation teacher Sharon Salzberg noted that this election cycle, more so than previous years, has proved to be particularly stress-inducing.

“In many ways we’ve lost the art of civil conversation and being able to relate to one another with care and respect,” she said in a phone interview.

Salzberg, who contributed three election-specific meditations to the app, said that remembering to stay present is important, as is knowing that a catastrophe hasn’t happened—yet.

And what about those deciding to dip into mediation for the first time as a result of election blues?

Here’s what to expect.

“[When creating these meditations] I tried to think about what is most helpful to me,” Salzberg explained. “One is remembering to breathe, one is hanging out with some really uncomfortable feelings and one is love and kindness. In the end, we need each other. We have to have compassion for one another.”

Stressed Out Over the Election? There’s a (Meditation) App For That.