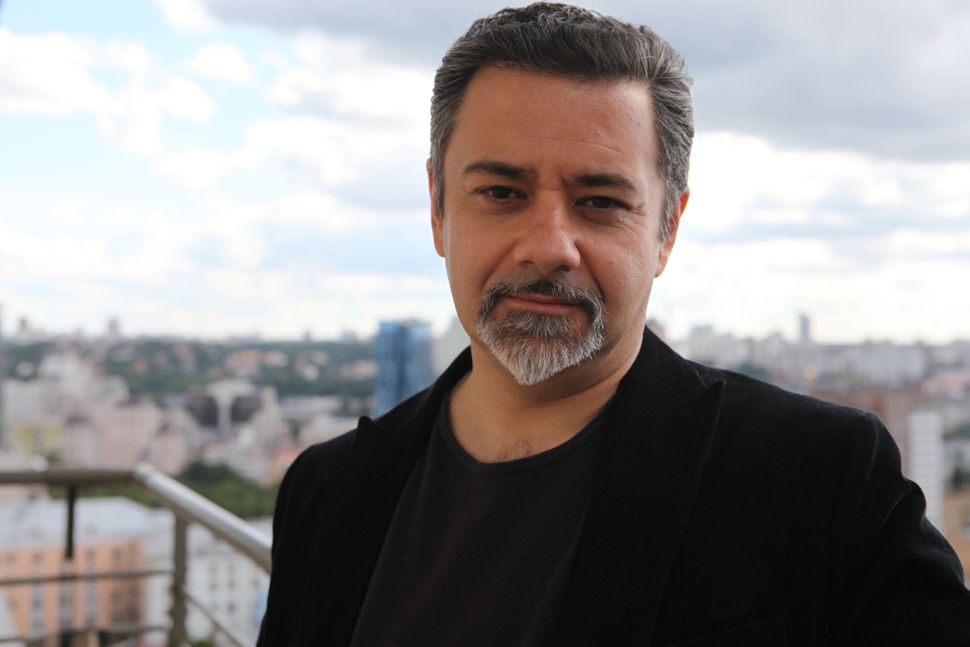 Though not officially listed as a “ Yiddish” writer/poet, the name of Isaac Babel had been part of the “conversation” about the fate of Yiddish writers and poets who were brutally executed at the orders of Stalin.

When I was invited to see Andre Malaev Babel’s documentary “Finding Babel” about his grandfather’s legacy, I managed to have a conversation just as he was headed for its screening at an Israel film festival. The following is but a fraction of a more extensive exchange about a history that has personal resonance for me.

ML: What was the impetus for your search and this wonderful tribute film to your grandfather Isaac Babel? You open the narrative with a reference to his famous opus “Red Cavalry” [a period (1648) during which Ukrainian “liberator” Bogdan Chmielnicki [whose name you mention] and his Cossacks decimated as much as one third of Poland’s and Ukraine’s then Jewish population]. Few have a grasp of the Russian historical panorama that is the “wallpaper” of your sensitive tribute to your grandfather —one of the Soviet Union’s greatest writers— who at 45 was executed in a cell in Moscow’s Butyrka prison.

AMB: It was my grandmother [Antonina Pirozhkova] Isaac Babel’s wife who passed at 101 in 2010. It was forbidden to publish his work and she brought his name back [into] cultural history.

ML: Based on her film appearance, she must have been a no-nonsense lady. I was surprised to learn that she was one of the architects of the Moscow subway.

AMB: Yes, in 1940 …there are a few recognizable stations that are her design.

ML: I probably rode past those stations when my mother and I were in Moscow in January 1941 enroute to Vladivostok [and Japan]. Your reminiscence of Babel’s torture in an underground cell in 1940 had personal resonance for me. On August 22, 1940 I witnessed my own father’s arrest by the NKVD in Vilno.

AMB: There were many names we had to leave behind—the only way to delve deeper into this history would be a TV series—we cut 300 hours down to three—to two and..! We made what the Russians call ‘an artistic documentary’—through talking heads, imagery and background. We kept looking for a “voice” to bring Babel to life and finally …Liev Schreiber had that richness.

ML: I assume you were aware that his name means “writer” in Yiddish. The settings and cinematography are colorful and the film makes that part of the world look welcome and benign—streets look beautiful, the people well dressed and accessible. It is not a ‘Dr. Zhivago’-ish setting.

AMB: It was absolutely our goal to bring the events to the now look from a contemporary standpoint and not overuse historic footage…of Babel as someone looking at him now.

ML: I was surprised that he had the freedom to get out of the Soviet Union, travel to Paris.

AMB: It was in the late 20’s, 30’s. He was one of the few authors of whom the West said ‘He is not a Soviet writer—he is a writer! He was not perceived as part of the Soviet propaganda [and] would probably have gotten the Nobel Prize if they had not killed him. He broke out of the mold. In the West they wanted to see him in places like the Anti-Nazi Congress in Paris [with] Andre Gide…Malraux. When he wrote “Red Cavalry” he became famous. It was translated into English…[many] European languages in 1926/27. He was considered a ‘human face’ of the Russian Revolution. They understood that he was anti-violence—a powerful author—and that is why he could go abroad. Another reason was that his mother had emigrated in the late 20’s, as had his first wife.

ML: Why didn’t he stay in Paris?

AMB: According to Elia Ehrenburg he was aware of what was really going on in the Soviet Union…. He couldn’t live without his culture, his readers, his language. He was an author before he was a human being.

ML: If you had to define your film’s message what would it be other than an insightful canvas of his life.

AMB: It would be “Manuscripts Don’t Burn.” The fact is that they tried to wipe out that part of literature and culture—yet it survives! People still read Babel in other languages. Even if you physically destroy the author, you cannot physically destroy the work. That is the kind of message…as do other messages of repentance of the country and people that actually killed Babel—that resonates more in Russia. The universal message is that you cannot destroy a work that is truly an artistic work. Tyrants are afraid of poets.