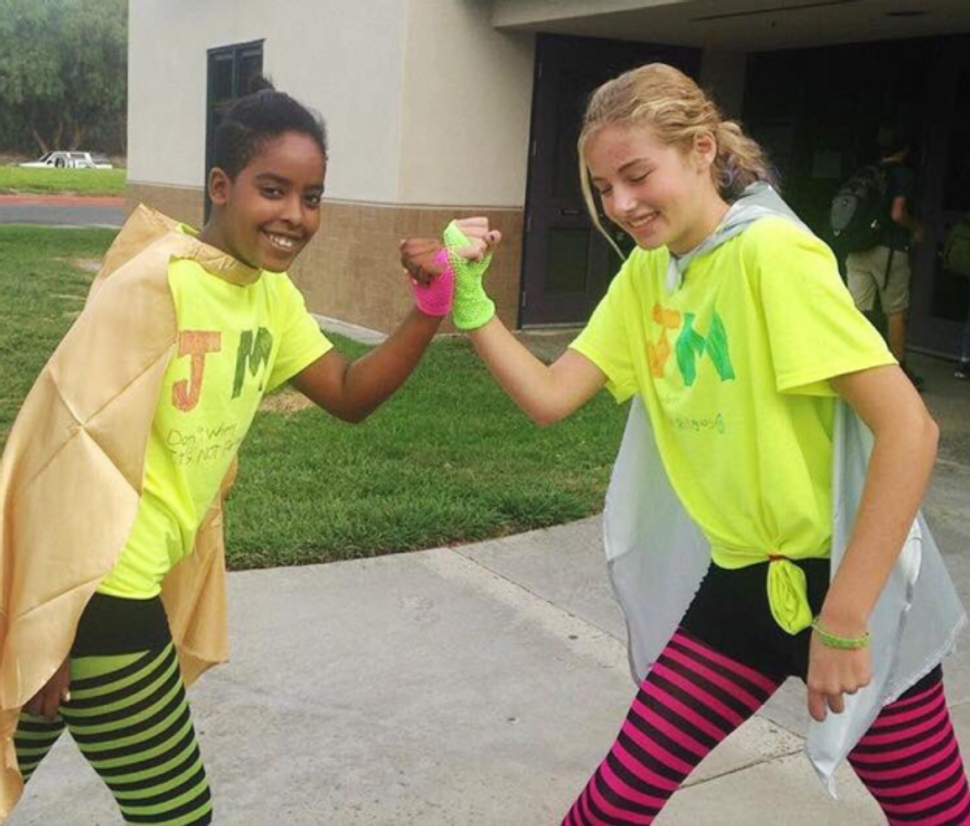 13-year-old Casey Pearlman is Jewish and her best friend Yasmin Idris, also 13, is Muslim. Together, they decided to dress up as a superhero team called “The Juslims” for Halloween. They donned capes with the initials JM written in glitter on the back, along with bright yellow t-shirts that read: “Don’t worry, it’s not religious, it’s not offensive,” to ensure they didn’t break any of their school’s rules.

Casey’s father, Jeff Pearlman, tweeted out a picture of the two in their superhero costumes, writing: “My daughter is Jewish. Her best pal is Muslim. For Halloween they created a superhero team: The Juslims. I’ve rarely been more proud. Truly.”

My daughter is Jewish. Her best pal is Muslim. For Halloween they created a superhero team: The Juslims. I’ve rarely been more proud. Truly. pic.twitter.com/zqPCCwzshR

That tweet has since gone viral, garnering nearly 50,000 retweets, 91,000 likes and a whole lot of happy commenters.

Pearlman credits the current political climate for all the positive feedback his daughter and her best friend have been receiving.

“There’s been this tidal wave of anti-everything,” he said in a phone interview. “There’s been a palpable feeling of hatred this election cycle that I’ve never seen in my lifetime.”

Their costume, he explained, serves as a small reminder that all of that negativity is just “nonsense.” 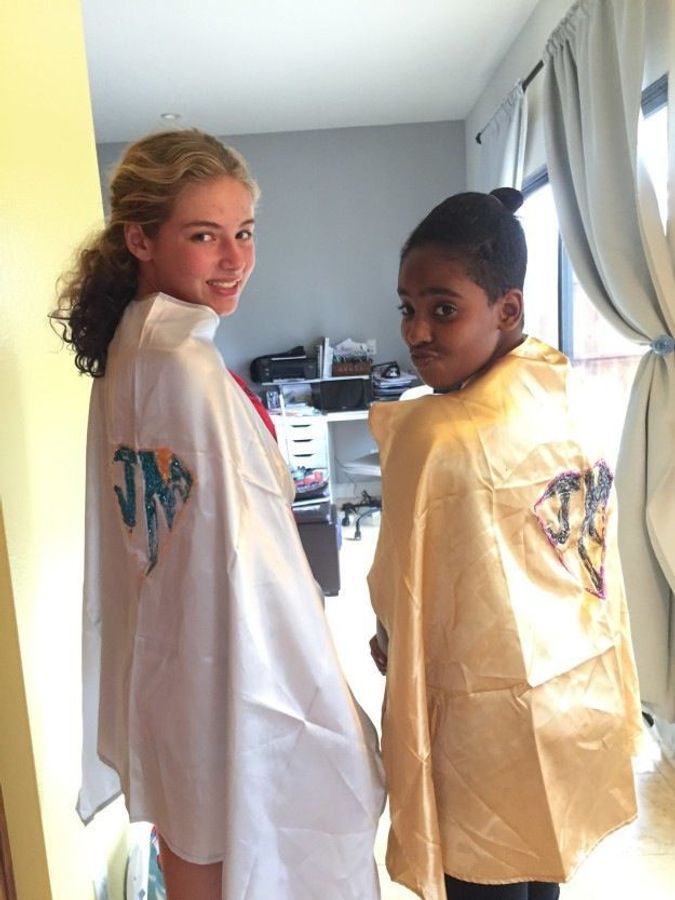