Scarlett Johansson is Officially Running a Popcorn Shop in Paris 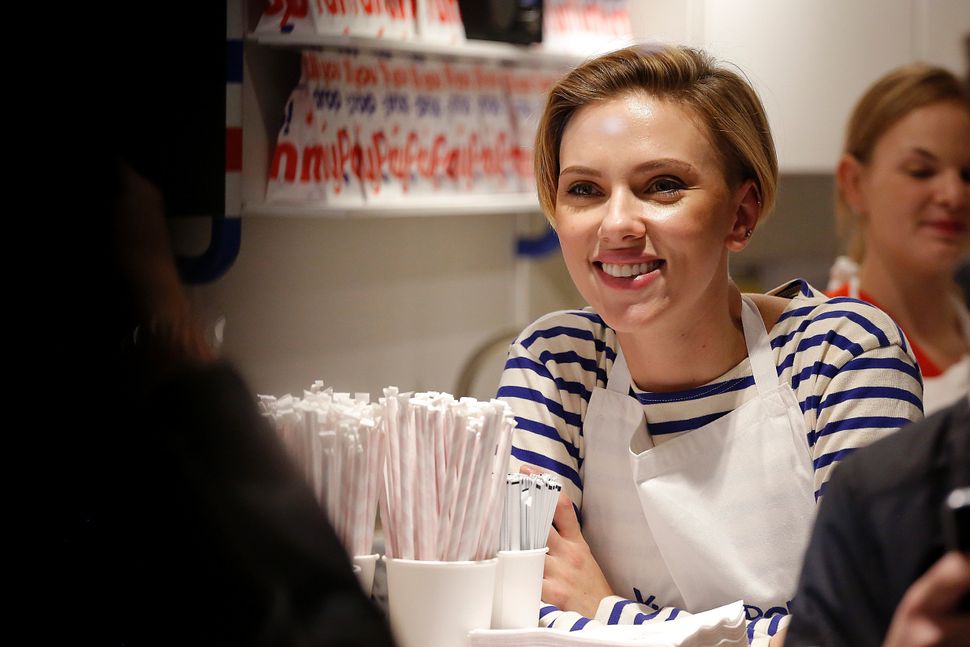 The 31-year-old actress has officially taken on the food industry with her new Yummy Pop snack shop in Paris, which exclusively sells all things popcorn.

The actress was on hand for the shop’s grand opening, donning a white Yummy Pop apron, manning the counter and sneaking fistfuls of the snack for herself.

Popcorn lovers (or, perhaps more realistically, Johansson fans) crammed in front of the small store front on the day of.

Soft launch but lot’s of people ! #yummypop the new popcorn shop of Scarlett Johansson and Romain Dauriac ! All branding work by @base_design ! Pop corn is delicious !

The business venture is a joint effort with her husband, French journalist Romain Dauriac, who was also on hand to help out behind the counter.

“My hope is for Yummy Pop to become a Parisian snacking staple and a symbol of friendship between my two most beloved cities, Paris and New York,” Johansson said in a statement. “It has been a dream of mine and my family for several years to bring our favorite American snack to our favorite European City!”

Scarlett Johansson is Officially Running a Popcorn Shop in Paris