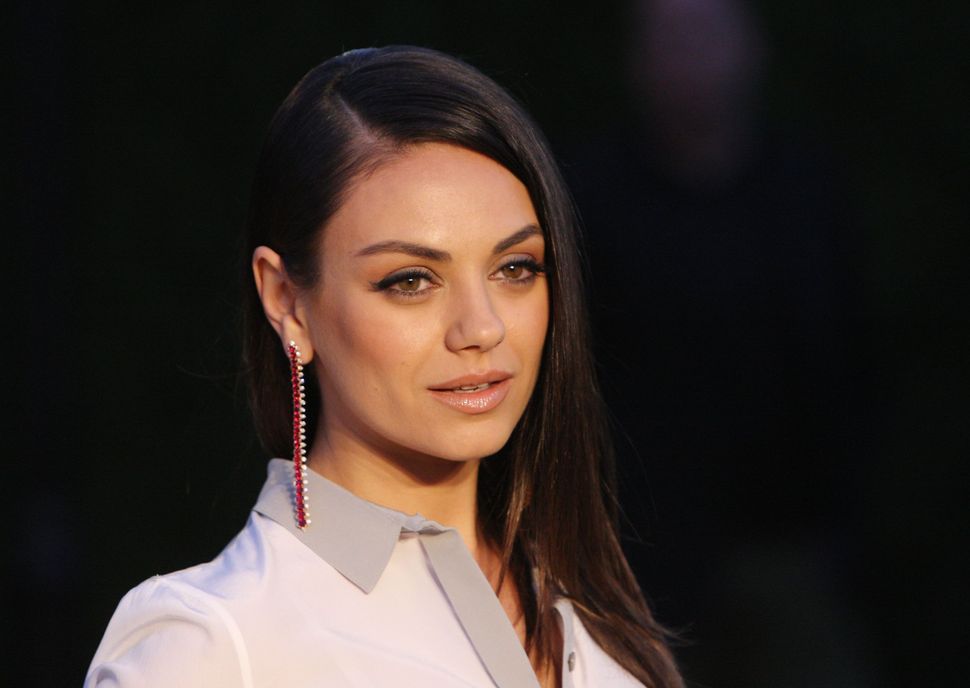 When Mila Kunis refused to pose semi-naked to help promote one of her films, she was told by a producer that she’d “never work in this town again.”

In an essay penned on Medium yesterday, Kunis recalled feeling “livid [and] objectified.” It was the first time in her career she had ever said no.

The 33-year-old actress went onto write about the unique challenges women face in the workplace—and the fear associated with standing up for oneself.

“It’s what we are conditioned to believe — that if we speak up, our livelihoods will be threatened; that standing our ground will lead to our demise,” she wrote. “We don’t want to be kicked out of the sand box for being a “bitch.” So we compromise our integrity for the sake of maintaining status quo and hope that change is coming.”

Kunis added that throughout her career she has been insulted, paid less than her male peers and ignored creatively. For awhile, she tried to accept those burdens and play along with what she dubbed “the boy’s club.”

Then, she decided to take action.

“The older I got and the longer I worked in this industry, the more I realized that it’s bullshit! And, worse, that I was complicit in allowing it to happen,” she explained.

Kunis started her own production company with three other women, and has been working to push out television shows that promote diversity and inclusivity.

Her new venture has not been without its obstacles.

During a series of pitch emails to executives at a popular television network, one producer sent the following message:

“And Mila is a mega star. One of biggest actors in Hollywood and soon to be Ashton’s wife and baby momma!!!”

“He reduced my value to nothing more than my relationship to a successful man and my ability to bear children,” Kunis wrote. “It ignored my (and my team’s) significant creative and logistical contributions.”

She withdrew her involvement from the project.

Kunis noted that, despite the the difficulties she’s faced, women in less privileged positions have it far worse.

“I am fortunate that I have reached a place that I can stop compromising and stand my ground, without fearing how I will put food on my table,” she said. “I am also fortunate that I have the platform to talk about this experience in the hope of bringing one more voice to the conversation so that women in the workplace feel a little less alone and more able to push back for themselves.”