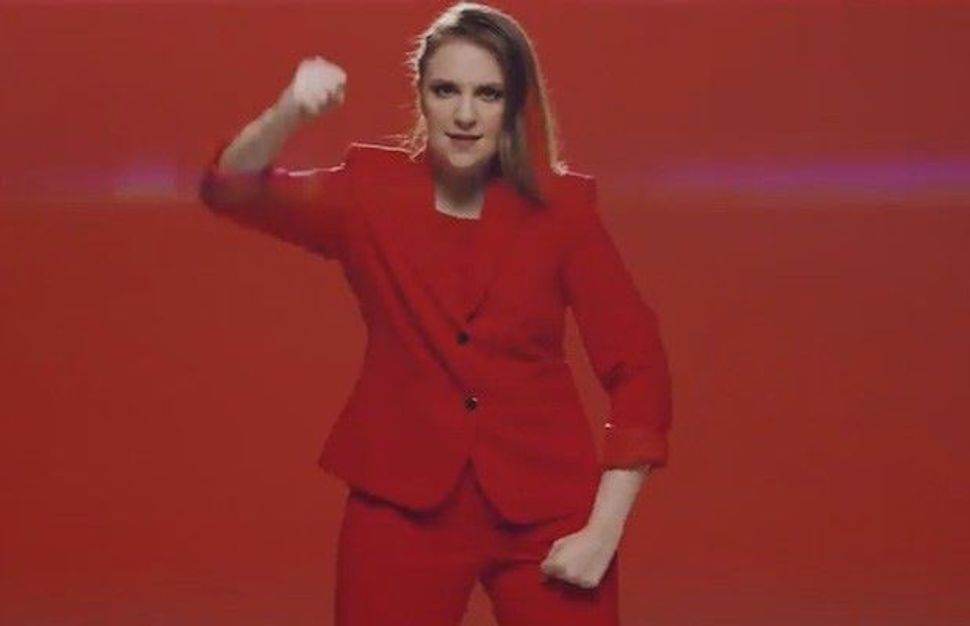 Lena Dunham is putting on a pantsuit this week to score attention for her candidate.

“She shattered glass ceilings, still all these bitches will assume she’s casting feelings… Fuck that, my girl’s a writer, progressive freedom fighter,” she continues. “The plan is to win against hatred and slurs. Break it down to three words: I’m with her.”

Throughout the video, she wears a pantsuit, until she strips it off at the end to reveal a “more sensual pantsuit,” which is in fact lingerie.

Dunham has been one of Clinton’s highest-watt surrogates, ditching the hispterscape of Brooklyn and Hannah Horvath to stump for her candidate in states like Iowa and North Carolina.

She outlined the reasons for her Clinton endorsement in an April op-ed for Time Magazine. “I’m with her,” she wrote. “Not as some winsome nod to ‘girl power,’ but because I share her bone-deep belief that when women are strong, families are strong, and that makes our country strong.”