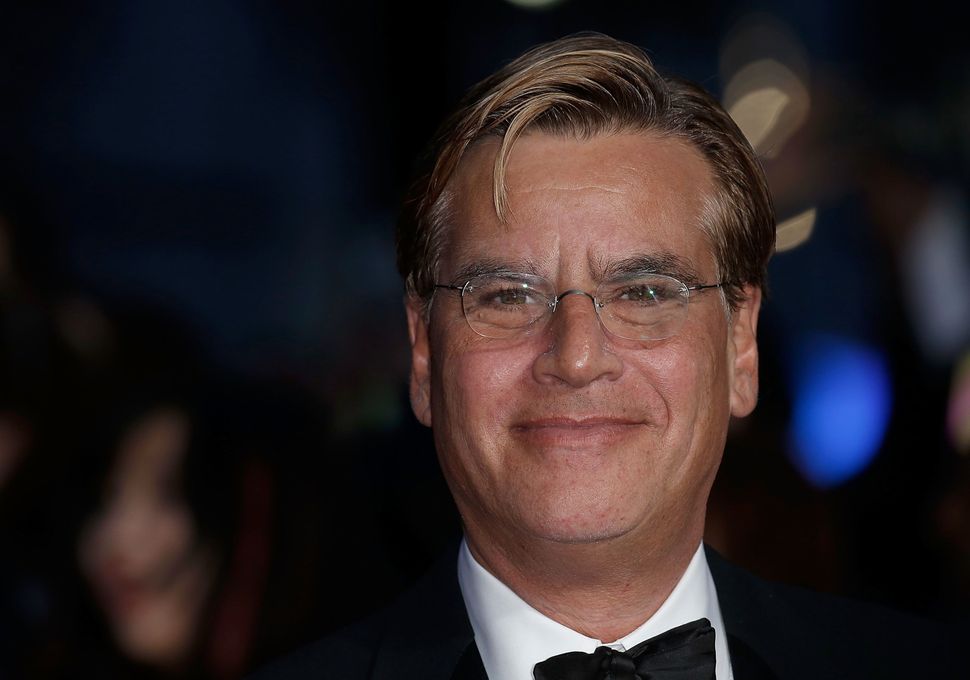 The note, which appeared in full on Vanity Fair, began by lamenting the win of an “incompetent pig with dangerous ideas” and discussing the repercussions that may follow.

“Economists are predicting a deep and prolonged recession. Our NATO allies are in a state of legitimate fear,” he wrote. “And speaking of fear, Muslim-Americans, Mexican-Americans and African-Americans are shaking in their shoes. And we’d be right to note that many of Donald Trump’s fans are not fans of Jews.”

But he didn’t moan for long. Instead, he talked about jumping into action.

“The Trumpsters want to see people like us (Jewish, “coastal elites,” educated, socially progressive, Hollywood…) sobbing and wailing and talking about moving to Canada. I won’t give them that and neither will you,” he explained.

Sorkin said the next move is to “f—cking fight.” He advocated standing up together for equality, for the First Amendment and for a woman’s right to choose. He pointed out that while his family will be mostly protected from any possible discrimination, he will fight for the families who are not. He pushed for support of the Democrats who will be serving in Washington.

The battle isn’t over, he said.

“Grandpa fought in World War II and when he came home this country handed him an opportunity to make a great life for his family,” Sorkin wrote. “I will not hand his granddaughter a country shaped by hateful and stupid men. Your tears last night woke me up, and I’ll never go to sleep on you again.”