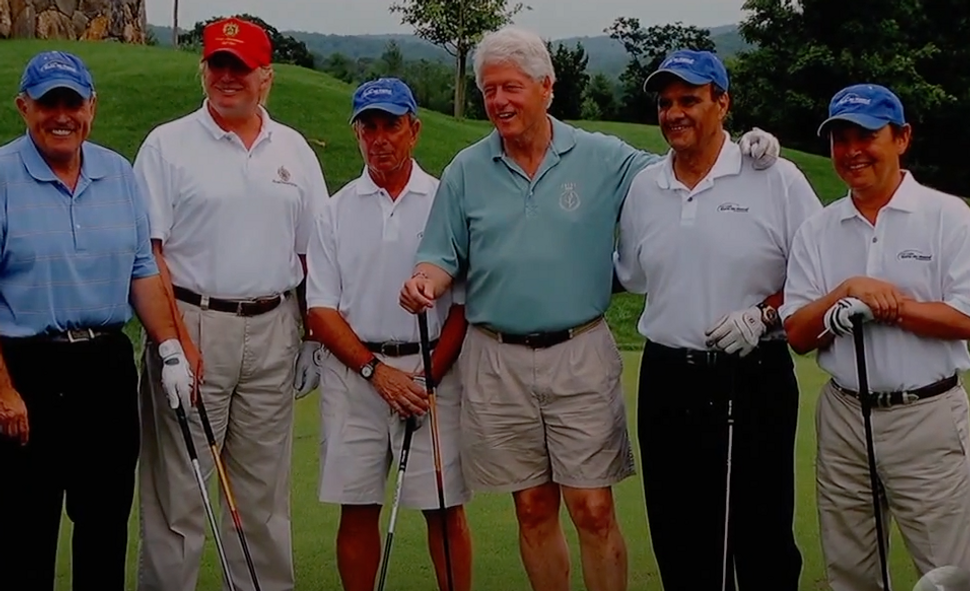 Nope, that’s not the start of a joke.

There was actually a time when those five men hung out—and Jimmy Kimmel has photographic evidence.

“I want to ask you about a photo,” Kimmel said to Crystal during a his talk show appearance Thursday night, as he pulled out a picture of the five men posing together at a charity golf tournament.

“This was years ago, this was when Trump was a Democrat,” Crystal quipped.

The comedian went onto to recall the experience of golfing with Clinton, who knew the course very well because it was right by his house in Chappaqua, New York.

This proved to be irksome because the then-President proceeded to instruct each of them exactly how to swing at each hole.

“By the fourth hole, you want to hit him with your putter,” Crystal said.

As for the other men?

Crystal called Giuliani a “really good guy” who took an odd turn recently. “I don’t know what happened to him,” Crystal said. “But he got nuts.”

The comedian didn’t comment too much on Trump’s win (aside from a killer impression of the presidential-elect) but did have some words of wisdom for the country.

“We’re in this together,” he said. “We’re Americans, we all have to do the best that we can—and we will, because that’s who we are.”

Watch the video in full below (no, really, his impressions of Trump and Clinton are worth it):