WATCH: When 4,000 Rabbis Epically Fail To Stand Still for the #MannequinChallenge 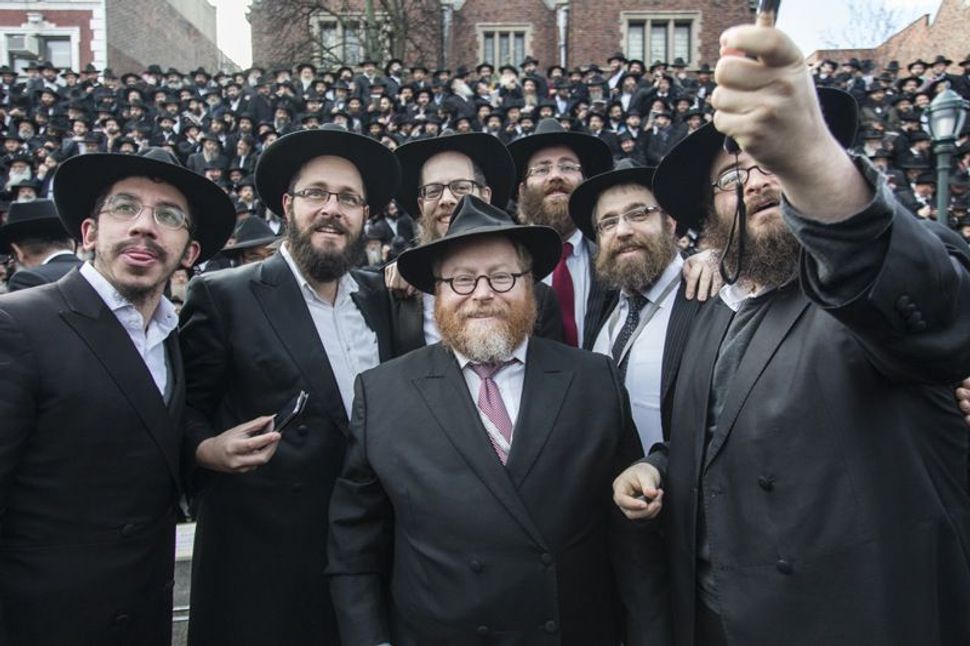 4,000 rabbis attempted the #MannequinChallenge in Brooklyn, NY this week — to varying degrees of success.

For those who’ve missed this whole viral phenomenon, the challenge involves a group of people standing frozen in one position while a camera pans across the scene.

The rabbis, gathered together for the annual Chabad-Lubavitch conference, stood in a large sea of black, some standing perfectly still, some not so much.

“Stop moving! He’s moving!” one rabbi yelled out as another rabbi waved eagerly at the camera from the crowd. Others fidgeted and chatted animatedly with each other. Security guards on hand for the conference gamely joined in on the challenge, doing their very best to stand still.

Watch the most ambitious #MannequinChallenge yet:

#mannequinchallenge at the #Kinus – it’s hard to get thousands of rabbis to stay still, but we went for it. (?: @bentzis )

WATCH: When 4,000 Rabbis Epically Fail To Stand Still for the #MannequinChallenge