Why is This Interview Different From All Other Interviews? With Twisted Sister’s Jay Jay French 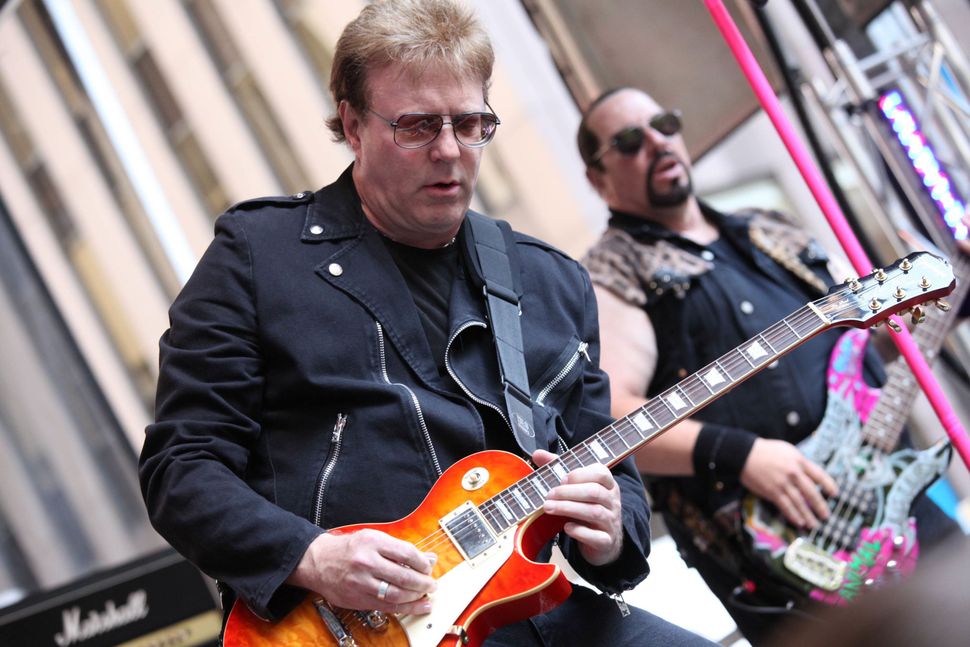 What is your connection to Judaism?

While never being exposed to Judaism formerly, it is undeniable, upon reflection, that everything that I saw, read, felt and experienced was a byproduct of a very culturally Jewish upbringing that focused on learning, searching and infused with a never ending desire to understand the world and my place in it.

That has a very clear descriptive connotation.

To grow up in NYC in the sixties to very progressive parents is to have experienced Judaism more culturally then religiously.

I was not Bar Mitvahe’d. Most of my Jewish friends were not. The parents of my schoolmates from the Upper West Side at that time, at least from my experience, clearly removed themselves from that cultural signpost for their sons. Moreover, Bat Mitzvah were unheard of.

My father, Louis Segall, had been but never spoke to me about it.

He also spoke Yiddish. He was a writer and a jewelry salesman.

Neither of my parents ever spoke about my Jewish heritage. I asked my mother once about being Bar Mitzvah’d. She told me that I should attend Hebrew school if that was going to happen. I went once. I came home and told my mother that I hated it. She said that she knew I wouldn’t like it and I never went back and we never discussed it again.

I had, however, an arrogance about who I was. I was a product of the streets on New York’s Upper West Side. I was a fast talking political animal. My mother was a political consultant and I attended my share of progressive summer camps, where, in hindsight, were the summer retreats of the sons and daughters of very progressive, uber liberal, Jewish intellectuals.

My first guitar teacher, when I was 10 years old (1962) and attending Camp Thoreau in Wallkill, NY was Mike Meeropol, the son of Julius and Ethel Rosenberg. My bunk mate at Shaker Village in 1967 was Ben Cheney, brother of slain civil rights worker James Cheney.

Looking back now, this is what an Upper West Side NY Jewish kid experienced.

My parents drilled me into reading the NY Times cover to cover starting in fourth grade.

My mother, Evaline Segall, was hired as a proof reader for Simon and Schuster, and proof read, among many other books, The Chosen by Chaim Potock.

They took me to civil rights marches, anti war marches and had me campaign for most of the progressive democratic candidates running for office in NY from 1960-1970.

This is a quick profile of a NYC Jew from the 60’s.

I am one and proud of it!

What big change have you made lately?

I got married for the third time. This is something that I swore, after divorce #2, I would never do again. I did!

Is there a book or movie that you re-read or re-watch? Why?

I have come to the conclusion that I go back to certain movies as mental comfort food. The list isn’t about the greatness of the subjects, it is more like re-playing a favorite song. It just takes me back to a different time that makes me feel good. Movies: Jaws, The Godfather, Enter the Dragon, Guys & Dolls, Weekend at Bernies, Scarface, Goodfellas.

Apart from brushing your teeth, what do you do 2 times daily?

What is a “hidden” aspiration that you have, i.e. something that you have postponed for later in life but you plan/aspire to one day get to?

One day I will learn how to speak Spanish and play the piano, not necessarily in that order.

If you could fully express gratitude to someone in your past who really made a difference in your life, who would it be?

My parents have been gone for a long time. My dad in 1984 when I was 32. My mother especially has had a profound effect on my life and she died over 40 years ago when I was 22. Way to early in my development. I owe her so much.

Why is This Interview Different From All Other Interviews? With Twisted Sister’s Jay Jay French