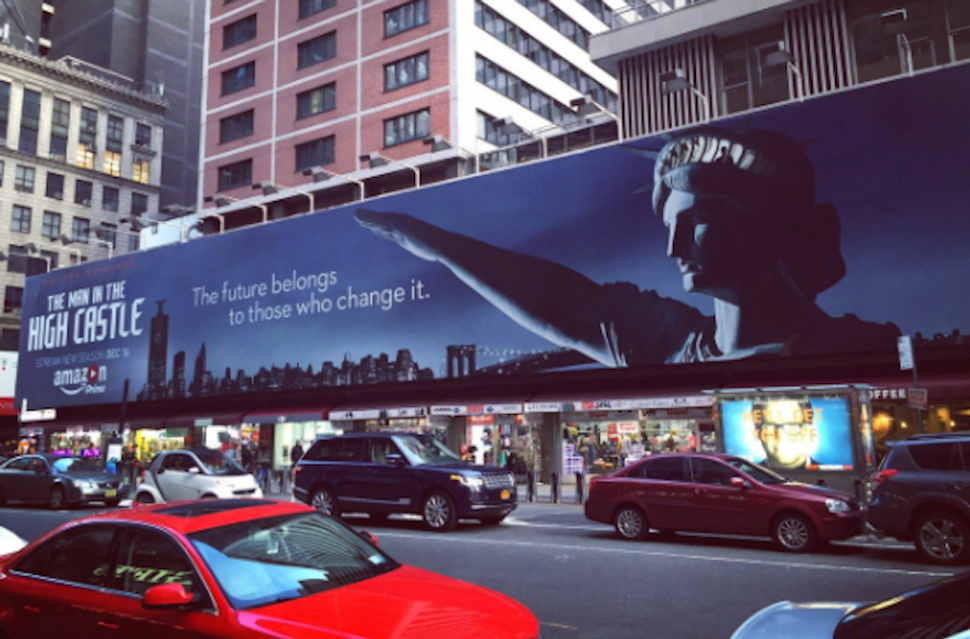 A new advertisement in New York City for the second season of the Amazon TV series “The Man in the High Castle” shows the Statue of Liberty giving a Nazi salute.

An ad campaign last year for the Amazon Studios show’s first season offended many Jews and non-Jews, and the new Times Square billboard in the heart of Manhattan is doing the same, Gothamist first reported Monday.

“I can think of a million better ways to promote this show, and I can’t even imagine how a Holocaust survivor who lives in the city would feel if they saw that,” New Yorker Uri Katz told Gothamist.

Others have called out the ad as representing “what American politics have become.” 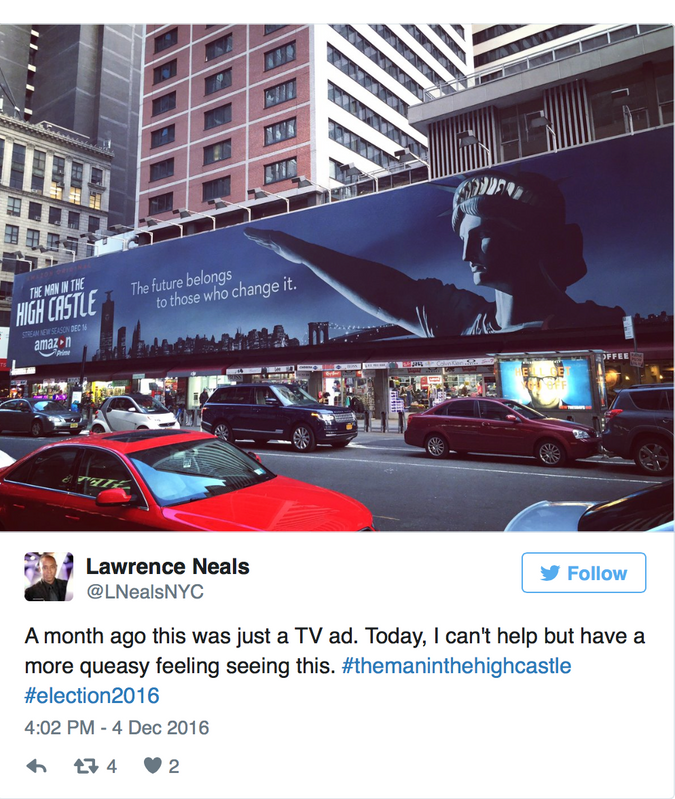 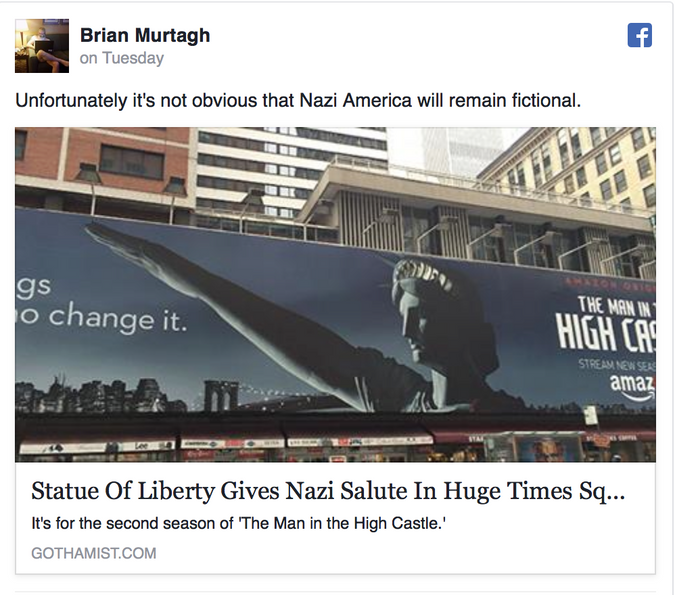 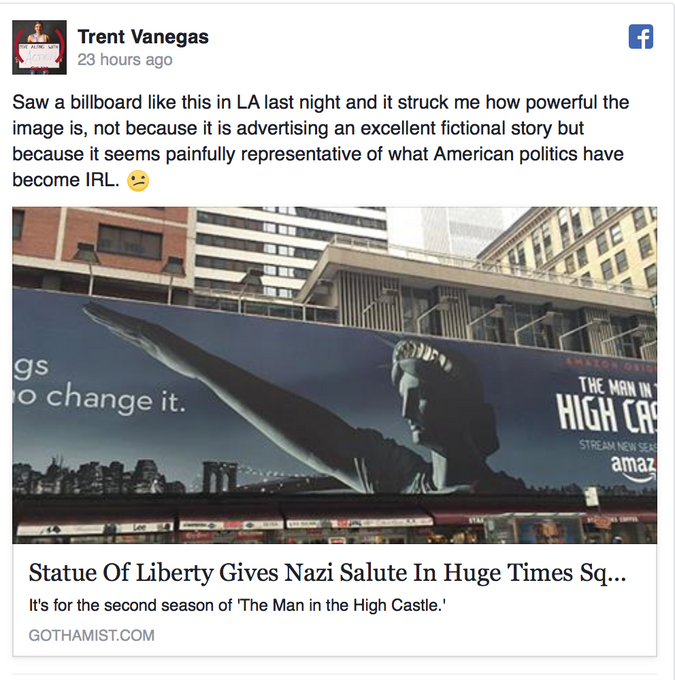 The series, based on a novel by Philip K. Dick, depicts an alternate version of the United States in the 1960s after the Axis powers won World War II.

Last November, Amazon covered an entire New York City subway car with an advertisement for the series that featured the Nazi eagle and cross symbol. After the Anti-Defamation League’s New York regional director and others called the campaign insensitive, the city’s Metropolitan Transit Authority pulled the ads.