Donald Trump hasn’t been too happy with Saturday Night Live’s coverage of him (see angry tweets here and here).

This weekend’s episode probably won’t do much in the way of helping that situation.

SNL took on the “alt-right” and Breitbart News in a cold open segment featuring Jake Tapper, Kellyanne Conway and (wait for it) Breaking Bad’s Walter White.

“Kellyanne, it’s almost like Mr. Trump appoints these people specifically to undermine the very agencies they head,” Tapper said. “Are these bad picks?”

“No, Jake, they are not bad,” Conway responded. “They are alt-good.”

Viewers were then introduced to Trump’s Drug Enforcement Administration pick, none other than Breaking Bad’s Walter White (Bryan Cranston).

White, for those of you who never caught the hit AMC show, was a fictional high school chemistry teacher who cooked and sold meth.

And where did Bannon find him?

Well, it turns out, he tracked the high school teacher down in the comment section of Breitbart News.

While there’s still a lot of uncertainty about what will happen once Trump takes office, according to Walter White, one thing is certain. 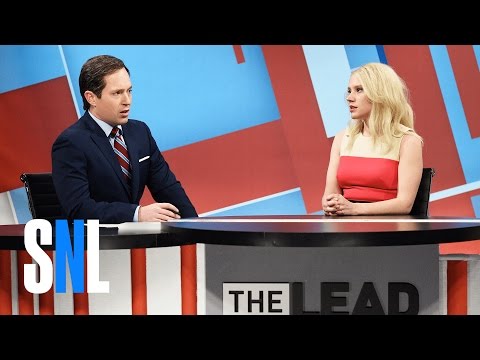