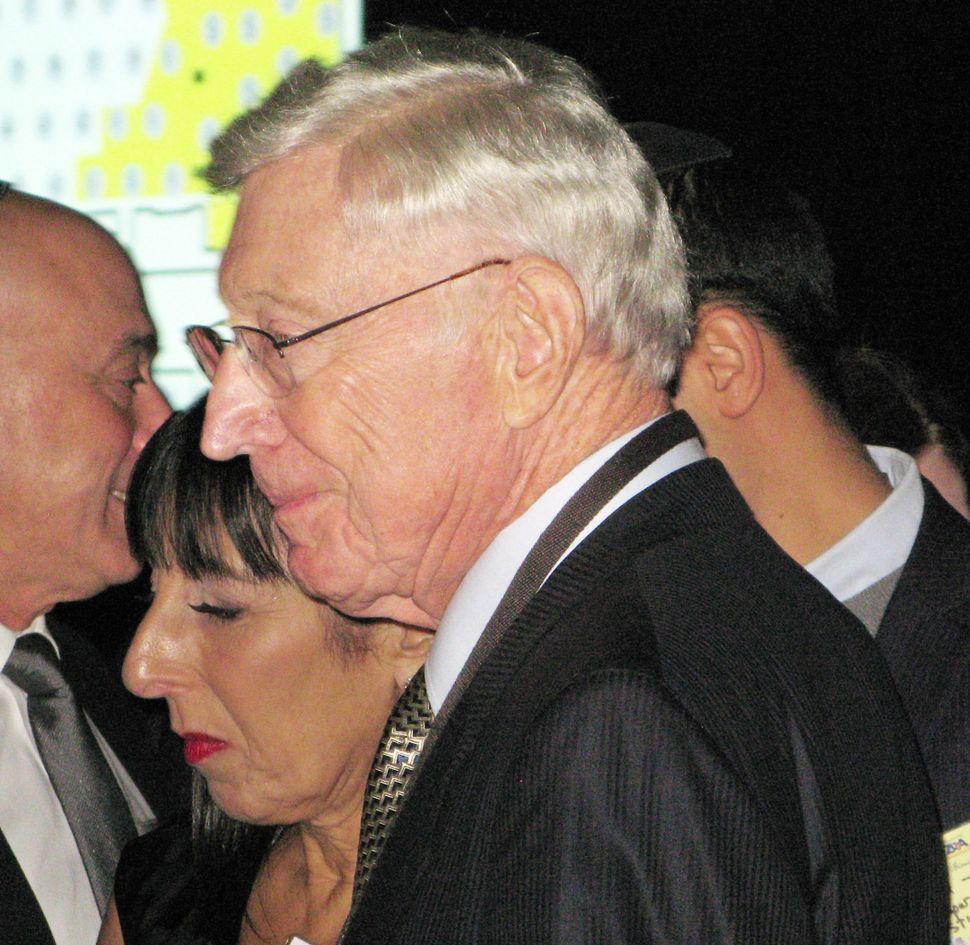 Bernie Marcus, philanthropist, pro-Israel activist and co-founder of Home Depot was among the honorees at the ZOA’s November 20th Justice Louis D. Brandeis Award Dinner at the New York Hyatt. Introduced by Dinner Co-Chair Michael Leven—whose comment: “I’ve never been to a hardware store—I’m a Jew!” elicited chuckles and a few groans, was rescued by Marcus—a good sport—who called out to the audience: “How many people here shop at Home Depot?” Applause, hoots and hollers! . “Thank you very much”, said Marcus as he led off with an oft told joke about the “old rabbi who prays at The Wall for years, seven days a week for some sixty years and when asked by a reporter what he prays for, replies: “I pray for peace in the world, that my family be healthy, that the Jews and Arabs support one another.” The reporter says” That’s wonderful! And how do you feel about that?” The rabbi shrugs: “It’s like talking to the wall.”

A very relaxed Marcus informed “I wanted to be a doctor since I was fourteen years old. I studied anatomy books, muscles, bones. When I went to the doctor I told him what was wrong with me. I took two years of pre-med, was a good student. Applied to medical school and I couldn’t get in. Guess why? There was a 10% quota for Jewish students—this was 1950. That was my first beginning of what anti-Semitism looked like and it stayed that way. I did the next best thing—I ran a hardware store.”

“Something changed the world with the establishment of Israel in 1948,” said Marcus. “ I tell young people today—‘You don’t know how good your life is because of what happened in Israel…. Many of you who are in universities, joining anti-Israel organizations don’t understand that Israel saved your lives and your careers because when Israel was formed—things changed for Jews in the United States!

“There were no Jewish bankers—they had to form their own—like Goldman Sachs.. I remember selling Israel bonds in the ‘70’s to one of the major companies in the United States. They put me in front of the Board of Directors — they had 10,000 people working for them— and I said to them: “Are there any Jews here? They looked at me. “Do you at least have a Jewish accountant, a Jewish lawyer? And the CEO sheepishly looked at me and said: “No, I don’t!” Not a single Jew! So when I speak to you about Israel, I am talking about something that helped us become stronger, better and survivors!”

The Justice Louis D. Brandeis Award was established in memory of Louis Dembitz Brandeis who was born in 1856 in Louisville, Ky., grew up with little Jewish identity yet became one of the most important leaders in the history of American Jewish community. His role as arbitrator in the 1911 garment industry strike in New York City gave him his first contacts with the world of East European Jewish immigrants. His relationship with President Woodrow Wilson helped ensure U.S. support for the Balfour Declaration. Justice Brandeis died in 1941.