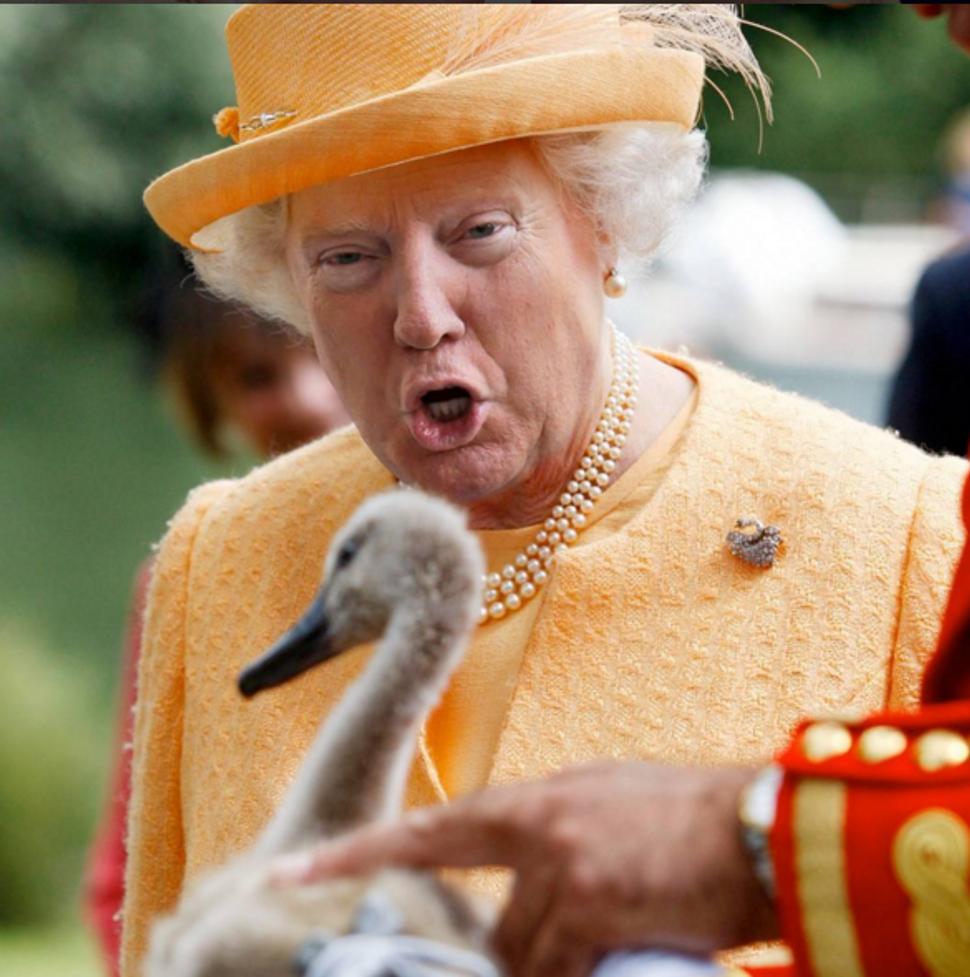 Donald Trump has been rocking a lot of pearls and tiaras lately — and the internet couldn’t be more delighted.

That’s all thanks to Michal Krauthamer, a 29-year-old Jewish graphic designer, who created @ogtrumpqueen , an Instagram account created exclusively to showcase pictures of the president-elect’s face on Queen Elizabeth II’s body.

By day, Krauthamer works at TNT(Today Not Tomorrow), a graphic design and printing company that primarily serves the Jewish community in New York. By night, she’s using her nifty photoshop skills to plunk Trump down into some pretty unusual scenarios.

Highlights include Donald Trump cracking jokes with Kate Middleton, crankily walking down a procession, gabbing away with President Obama, and expressing surprise over a duck.

The simple concept has amassed a major following. Krauthamer, who started the account last March, has racked up 23,500 followers so far.

It wasn’t really the queen herself that inspired her, Krauthamer said, but the whole elaborate image of royalty itself.

“It’s really the hats, it’s the scene, it’s the fact that she’s a little old lady,” she explained.

The artist started circulating the images around on Facebook and was startled by the outpouring of positive reactions.

“The speed at how quickly it spread was really crazy,” Krauthamer said “I didn’t expect that.”

Krauthamer now posts all her Trump/Queen creations to Instagram, typically when she’s kicking back at home.

“This is what I do to unwind at the end of the day,” she said.

The artist isn’t trying to push any sort of political agenda, and she noted that her Instagram fans come from both sides of the aisle.

“Theres a lot of bad news, a lot of fake news. I think this just makes people laugh,” Krauthamer said. “A lot of the comments I get are like ‘[This makes me] feel better about the election” or ‘I’m a Trump supporter and I still find this hilarious.’”