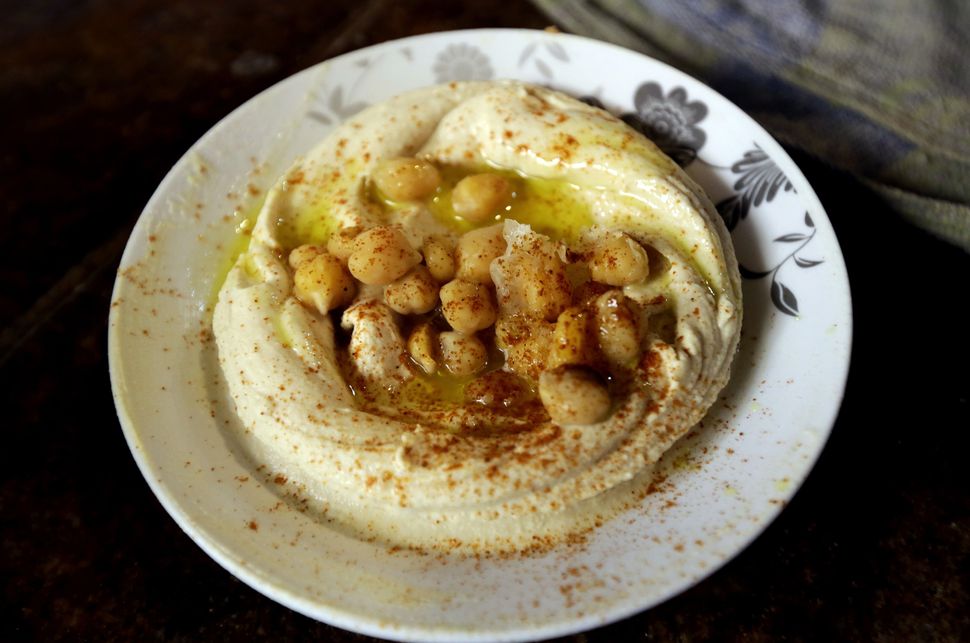 Sometimes (okay, a lot of the time), if I’m in the middle of editing or writing, I don’t always notice when someone else on my team is trying to communicate with me via Slack, the popular work messaging app.

Thinking I could fix things by tinkering with the notification settings (perhaps more popups, a louder noise?), I made an amusing discovery. Amongst the options of “Ding,” “Boing,” “Woah!” and even “Knock Brush” (the default and our News editor’s favorite), Slack also offers the option of getting your attention by saying “hummus.”

A lover of all things chummus (chickpeas), I decided to investigate.

The reason Slack has this feature, it seems, is super adorable:

@geooot_ Because we love our Anna so much that we wanted to save her delightful voice for posterity. Also, because hummus. ♥️

Who is Anna? Anna Pickard is Slack’s editorial director who apparently delighted her coworkers with her (now readily accessible) pronunciation of the word hummus. In June, Anna tweeted a photo of her Slack notification options, adding, “Fact: My notification noise on Slack is set to Hummus’, a notification only available to us. Of me, saying hummus.”

Fact: My notification noise on Slack is set to “Hummus”, a notification only available to us. Of me, saying hummus. pic.twitter.com/fob8W59IgP

Soon after, like the best whipped chickpea spread, the plot thickened: Paul Betts, a software developer for Slack, jumped in to inform her that the setting wasn’t as exclusive as she thought:

@annapickard @SlackHQ I’m pretty sure we ship the MP3 in the bundle, an MP3 of you saying “Hummus” is on literally millions of computers

Some people, not content with an already beautiful thing, asked: why hummus?

The answer, as those of us who work with Brits (or have ever watched the BBC) know, was obvious — but Slack’s Senior Content Director Matt Haughey stated it for good measure:


Update: On December 28, I reached out to Slack’s PR team for the inside scoop. On December 29, I got a reply from Julia Blystone, who confirmed that the voice does indeed belong to Pickard, “one of Slack’s earliest employees, who helped create Slack’s brand personality and voice.”

Blystone added that “One of our colleagues, Myles Grant, who’s an engineer and another of Slack’s first employees, loved the way she said ‘hummus’, so they recorded it and made it an option for the notification tone. It has been available for 18 months internally only (and was really an Easter Egg even within Slack) and was just released recently to all teams.”